They keep calling it ...

Good morning!!
And, it is March!
It is spring!
In my book it is spring anyway. In most Americans (like my hubster) books, it is still winter.
Yes, for some reason people here very often think that spring starts on March 20, and not a day before said date.
A day that is misleadingly called, The first day of spring.
It is so strange to me. What March 20 really is IS spring equinox. The day when day and night are equally long. But it is NOT the first day of spring.
Why can’t they just simply call it spring equinox? Beats me.
The same goes for summer, “The first day of summer” is on June 20.
The first day of fall is September 20.
And,
The first day of winter is December 20.
Please, it does not make sense in the slightest to me. JUST call it equinox, OK. Capice?
Well, you all know that it IS spring now!!
Sure, it can snow in March, of course. But, those are usually short lived events.
And by THIS I am speaking of the part of the world where I live, and in Stockholm where I used to live.
I know that you people in northern Sweden, Finland, Norway BEG to differ.
I totally know that you guys will have severe winter weather many times before it is spring in your neck of the woods ...
The weekend was RAINY, to say the least.
As I am writing this—on Monday morning— it is still pouring down.
Peter and I managed to take a long walk on Saturday, but Sunday was a real no-go.
SO, what is one to do then?
WELL, one downloads Apple+ and starts streaming their shows, phew.
The reason for this is that Peter and I were both dying to watch “The Morning Show” with Jennifer Aniston and Reese Witherspoon.
People, that show did NOT disappoint. It is so incredible well made and well acted. You just want more and more as a viewer. Quality thru and thru.
It must be a relief for Jennifer Aniston not be totally type casted (the way she usually is. She IS a true comedienne, I totally give her that). Here she plays a flustered, self absorbed, entitled and stressed out morning host in the wake of the Me Too movement.
SO. Very. Good. 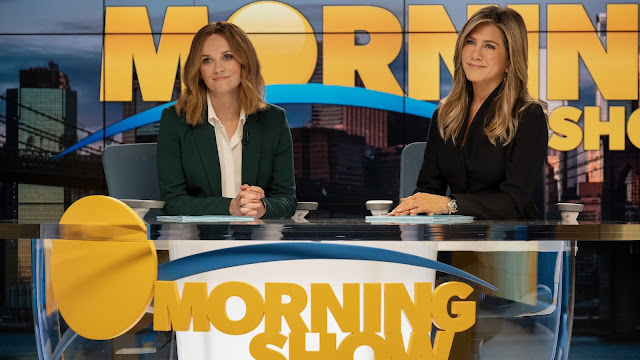 And, we also started watching “Ted Lasso” on Apple+.
Let me tell you, I love this show. It is comedy of the best kind.
American football coach, Ted Lasso, comes to England to be the head coach for an ailing soccer team in the Premier League.
Ted has NO idea how to coach soccer, he hardly even knows the game of soccer.
BUT, he tackles it in a lovable—and beyond funny— way. There are culture clashes and misunderstandings on a daily basis. BUT, it works out. Somehow.
This is one of the best comedies I’ve seen in a LONG time. I really recommend it. AND, by this you should know one thing, I do not like soccer at all.
Neither do I like American football. BUT this is a show for all of us. SO damn funny.
The main character—Jason Sudeikis— won a Golden Globe on Sunday for his role as Ted Lasso. 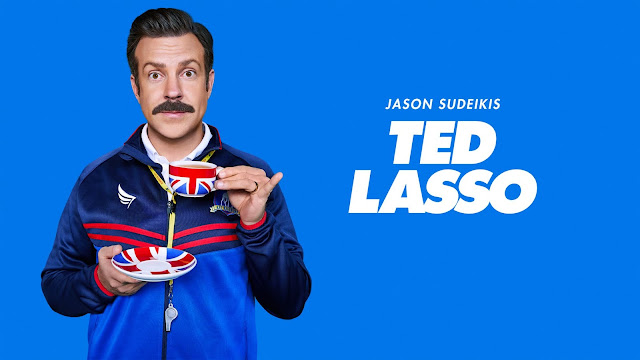 Peter and I did manage to do other things as well than just watching TV.
Promise.
We made good dinners, we organized the hell out of something we have meant to be doing for some  time. BUT, we do like us some good TV when the darkness falls, for sure!
Have a good Tuesday, y’all.
Enjoy this second day of spring, because spring IT IS!!
Posted by Annika at Tuesday, March 02, 2021

After all these years knowing you, I'm starting to loosen up on this whole spring starts on March 1 thing. Haha! Takes some getting used to. Hopefully, the weather will start acting like spring soon.