Good morning!!
I hope you all have had a great spring weekend.
It went fast, right? As fast as it always does.
As you might know Peter and I received our first shots of the Covid-19 vaccine on Thursday. We happened to get Pfizer (and I am happy about that fact. Just what I wanted, haha).
Moderna or Johnson&Johnson (Jenssen in Europe) would have been fine, too, obviously.
BUT, Pfizer was what I had secretly hoped for.
AstraZenecas vaccine is not approved in the US yet, so that one was never even a contender.
Some of you have asked me if we experienced any side effects?
We got some, but I would say they were mild. Both Peter and I got very soar arms afterwards. That lasted about 36 hours.
On Friday morning, I woke up with a slightly scratchy throat and sniffles. A side effect, for sure. BUT, it was soooo minor after all. Nothing to complain about.
However, I was tired, sluggish. ALL day LONG. Sluggish AF!!
I slept for over two hours in the afternoon, deep sleep. As a matter of fact, when I woke up the sniffles and the scratchy throat were all gone. But, sluggish I was.
Peter felt sluggish and tired, too. And his arm was more soar than mine was.
The night between Friday and Saturday we both suffered from insomnia.
We just could not fall ASLEEP. I have no idea if that was due to the vaccine or due to the wine and food we ate and drank on Friday night … Impossible to say.
Saturday morning everything was back to normal again. So, yes, we had some very minor side effects.
The Fairfax County health department checks in with us every day.
Every afternoon, we get a text message prompting us to fill out a little survey of questions on how we are feeling.
I have heard that the second shot might be worse. That you tend to get more side effects from that one. Who knows though, right?
Sometimes I wish that I did not know about possible side effects at all. Even the knowledge of them can make you feel symptoms that may or may not even be real.
Karolina will get her second shot this week. She’s young, so we’ll see if she experiences any side effects this time around? She got sluggish after her first shot.
So, that is the report on THAT.
Nothing much to disclose, in other words.
Here are some pictures that I shot over the weekend.
Peter and I took loooong walks both days.
There really is spring in the air now. Spring is still in its early stages this year. BUT, as I have said before, THAT is perfectly fine with me. 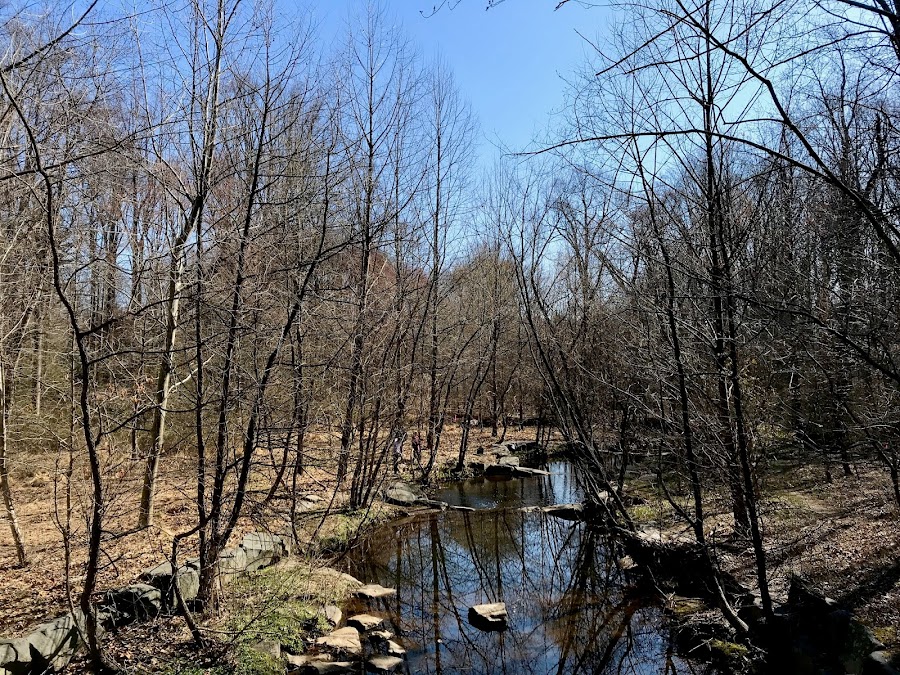 Still very brown and beige in nature.  The colors of the winter linger on ... For now ... 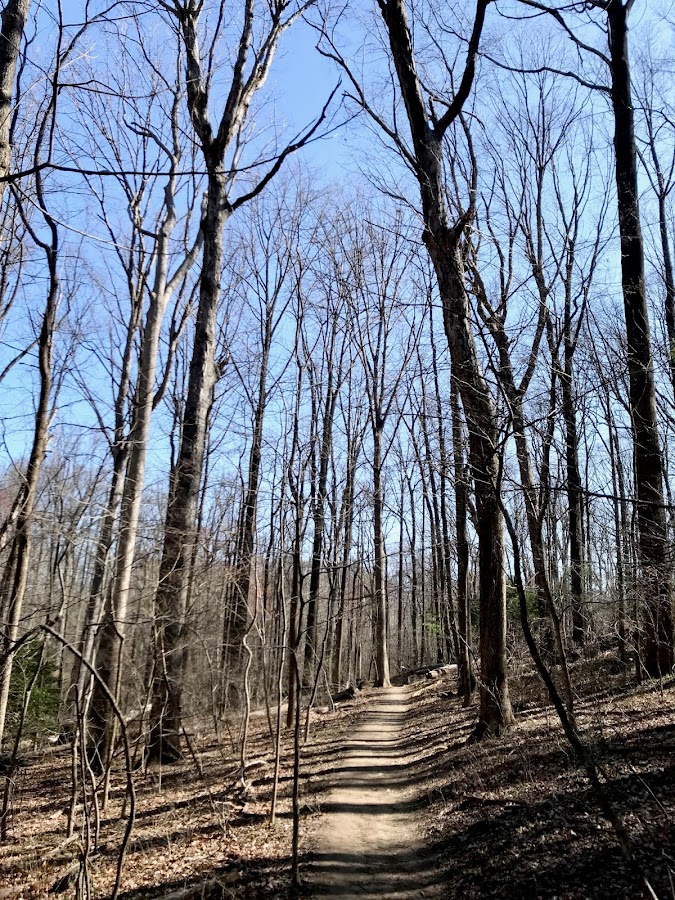 On a dirt path near Walker Nature Center here in Reston. 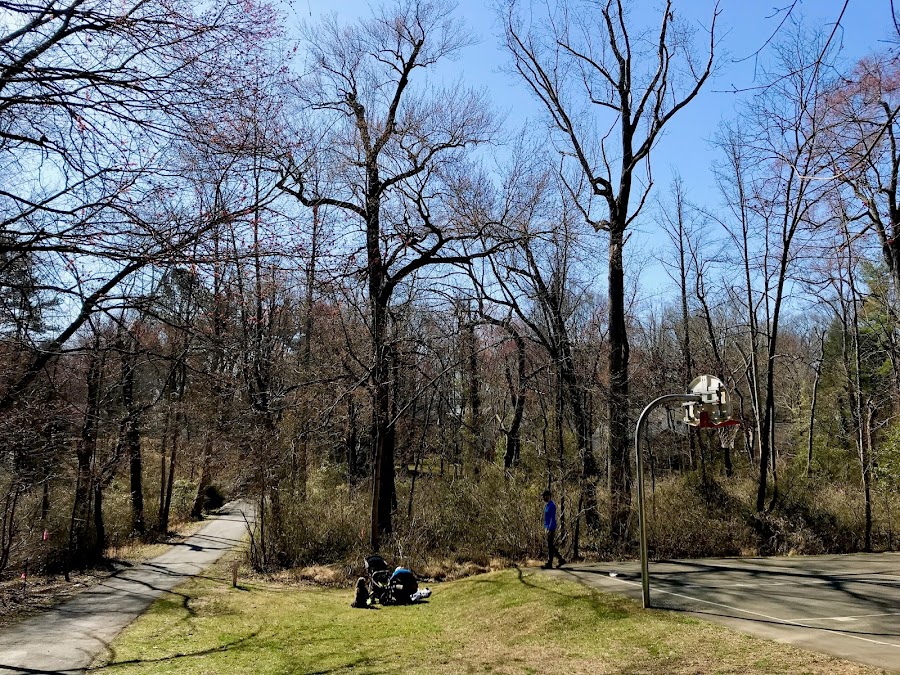 It was so nice and warm over the weekend.  Lots of people were out and about. 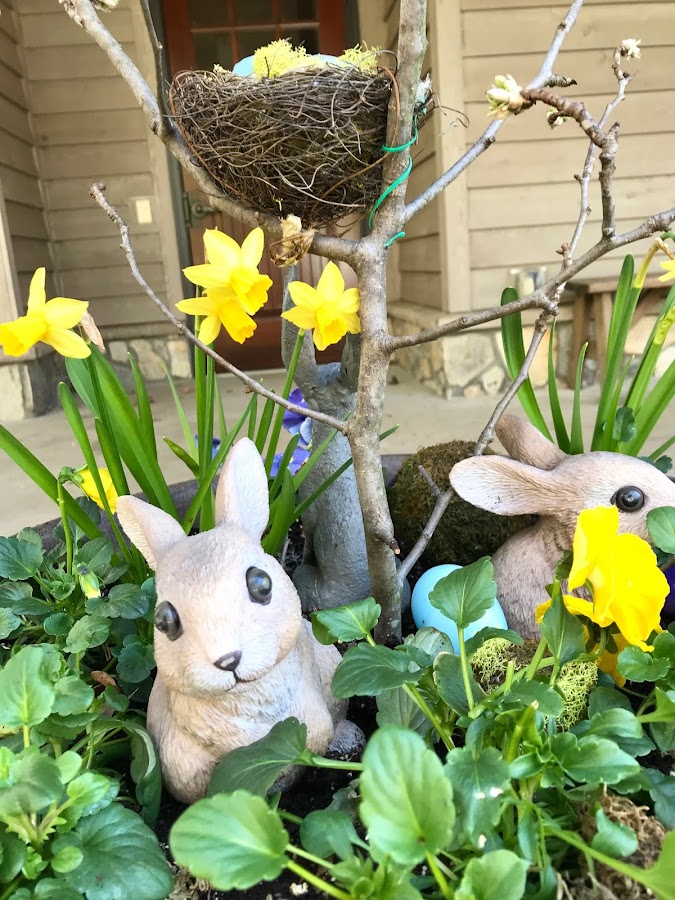 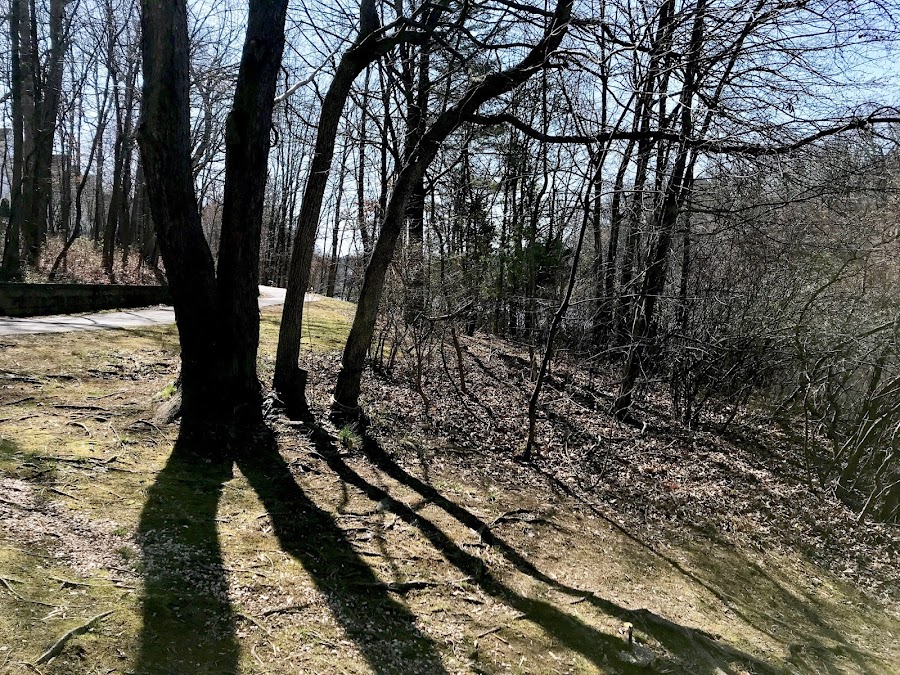 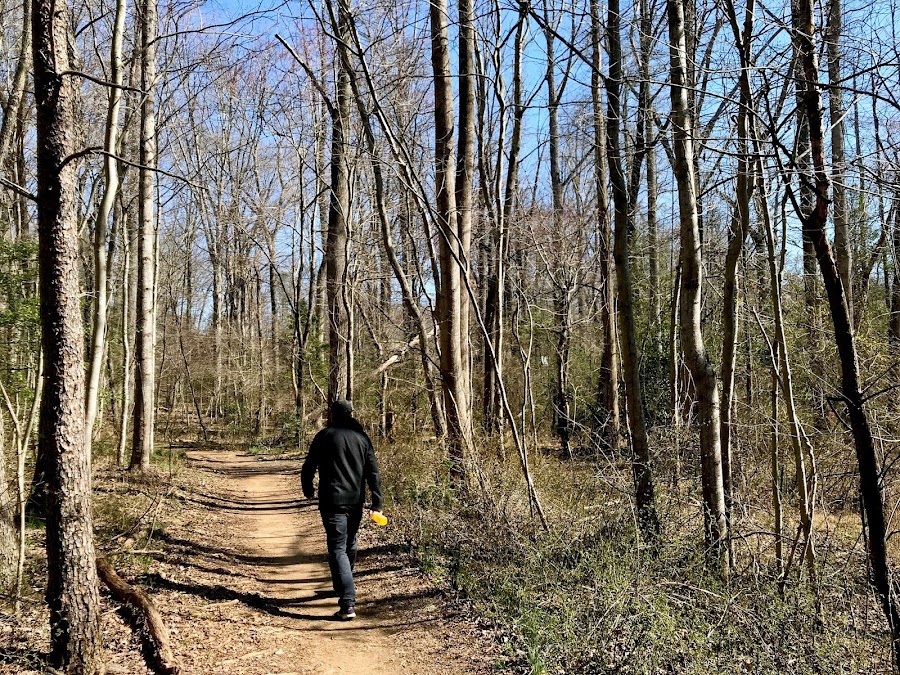 Peter's getting the strides in. 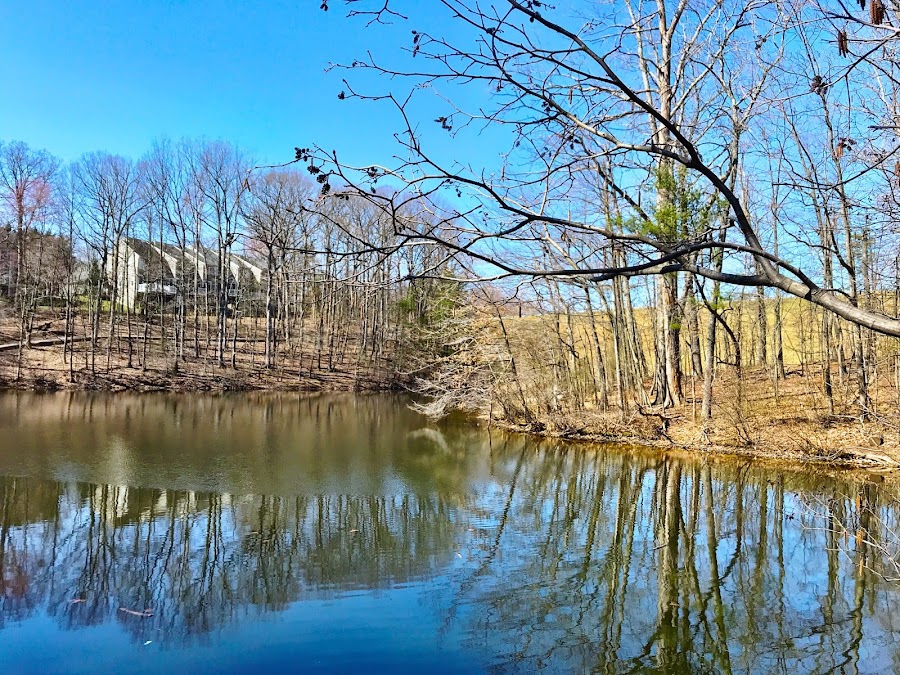 Lake Audubon on a Sunday afternoon. 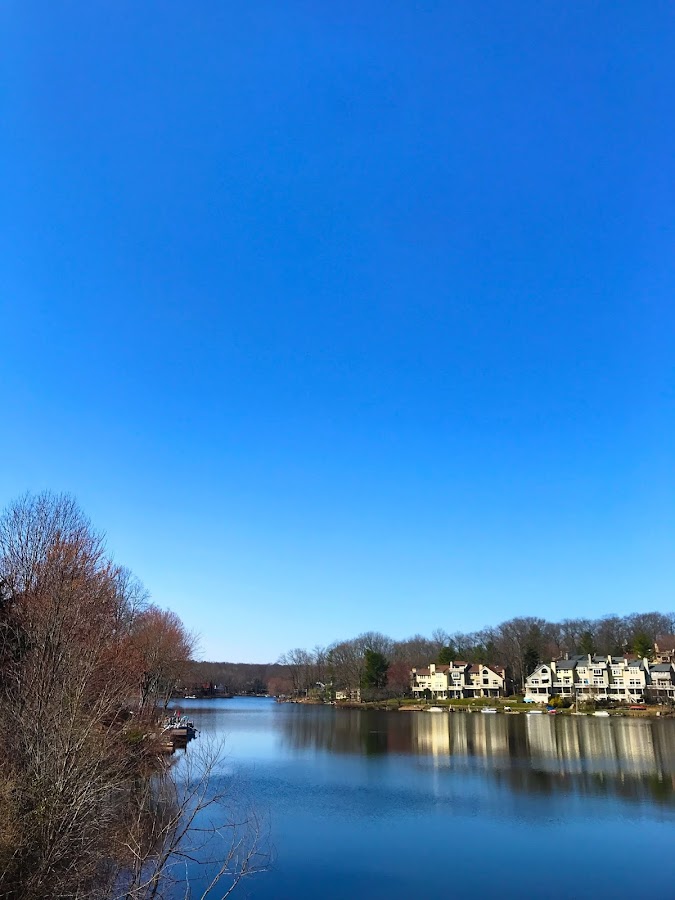 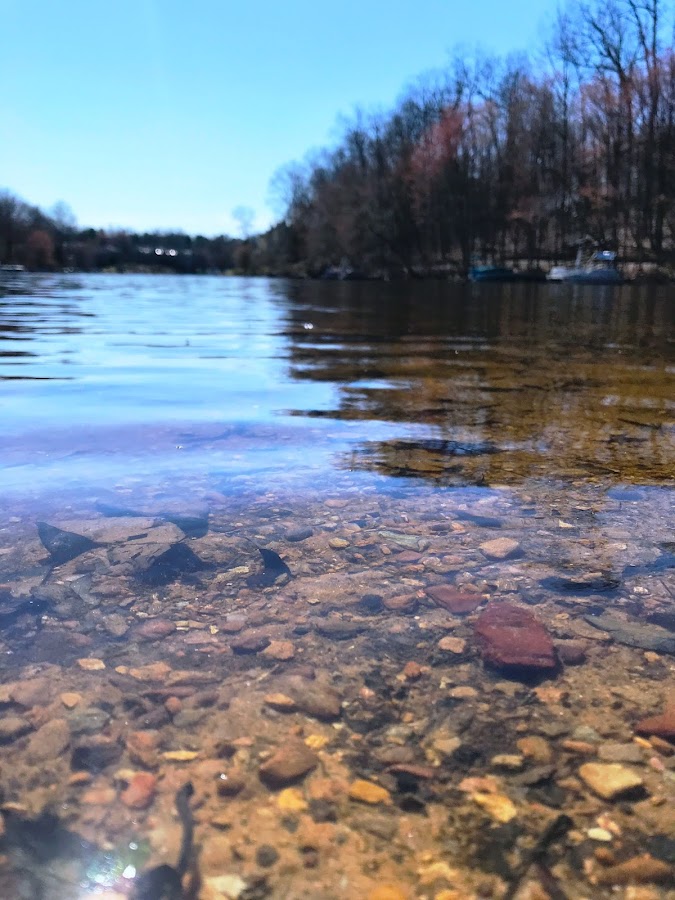 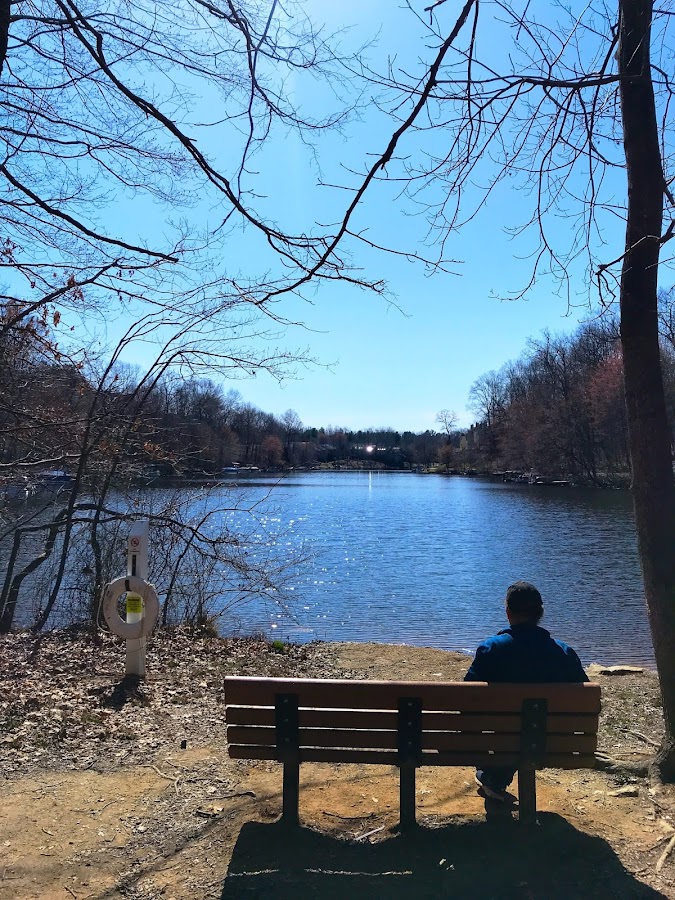 Time for a break on our favorite bench. 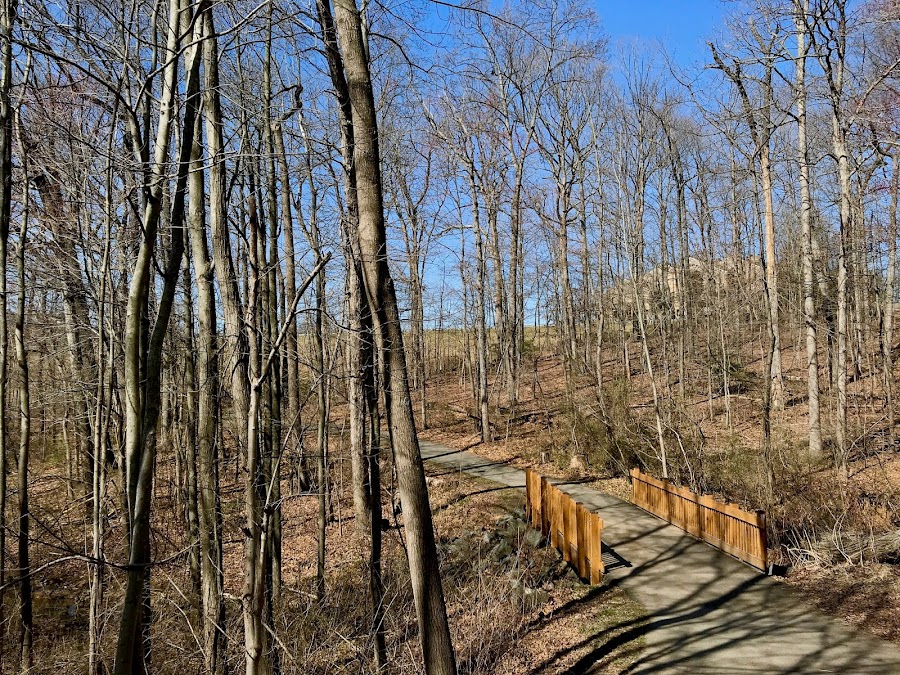 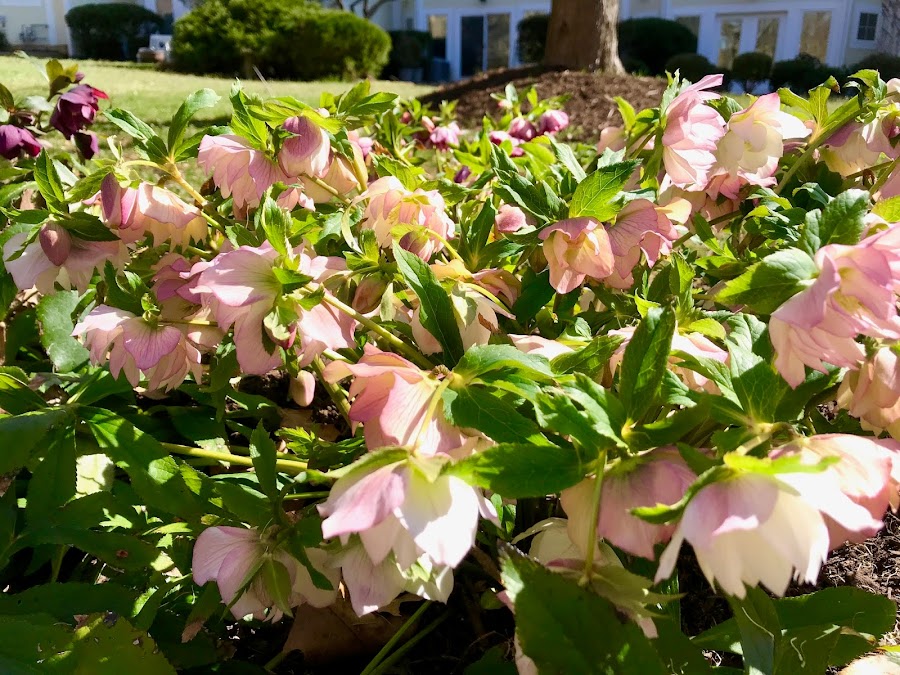 The hellebores are so pretty now. 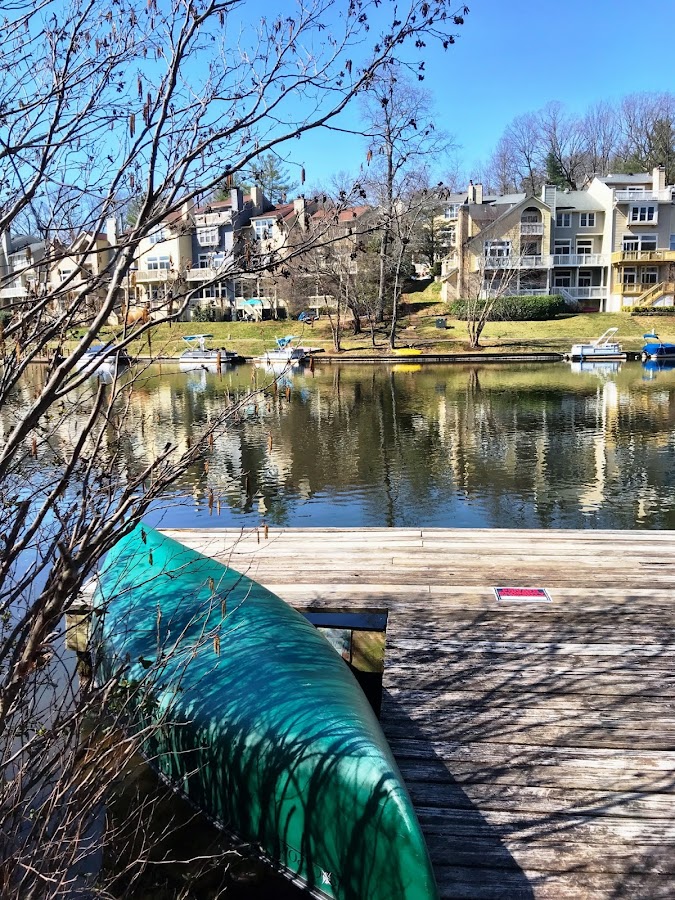 Kramar i massor till dig!!!!

Glad to read about your experience with the Pfizer vaccine, since I will be getting my first dose of it next week. I've heard from others who took Pfizer that they have had sore arms and that's about it. Hopefully, that will be the case for me....Pretty soon the browns and greys will make way to the greens, yellows, and all the rest of the fine spring colors!

Keith:
Yes, I hope so too.
No problems for us.
See what Karolina says on Saturday.
Yes, we'll get a whole other color palette soon.