Good morning Tuesday!
How was your weekend, y’all?
Good I hope.
Peter and I had a nice weekend even though it got overshadowed by the news of the supreme court judge, feminist and power woman Ruth Bader Ginsburg’s death.
Even though The Notorious R.B.G was 87 years old and had been in a very, very frail state of health due to years of battling different kind of cancers, she was strong as nails and sharp like a whip.
I have admired her for years. Actually, since the first time I learned about her.
She has done so much for equality and women rights. Women rights are human rights. I mean, is there even a doubt?
Her death is an enormous loss for mankind.
An enormous loss for United States.
RBG really did want to hold on until the election, but she was too sick. Her dying wish was that 45 would not appoint a new judge before the election. She so wanted that to be Joe Biden’s job (if Biden is to win, that is. But that goes without saying, right).
If 45 gets his way, he’ll appoint someone super conservative tomorrow. However, it is not that easy for him to do so. We’ll see how it goes, right?
May RBG rest in peace. May she REALLY rest in peace, and POWER. She’s a legend, The Notorious RBG! 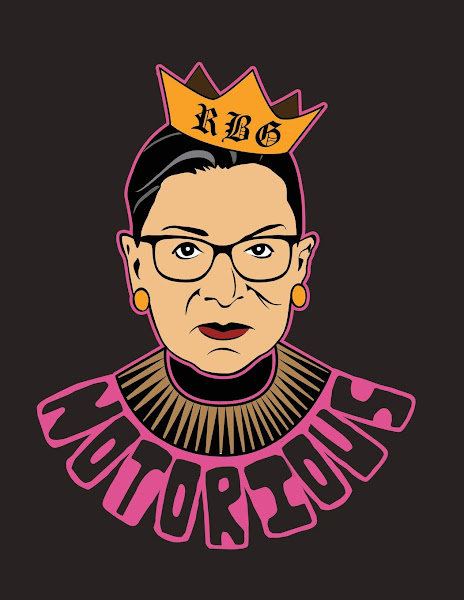 Friday night we had a couple of our favorite neighbors here for an impromptu Happy Hour on our deck. SO nice in every way.
Saturday night we were invited to an Oktoberfest at a good friend’s garden. There we could all spread out and it was a party that took place all outside. Safe. And nice, and good and plenty.
WE all appreciated it so much.
Sunday we visited my father-in-law, grocery shopped, I made a chili for the fist time this fall. SO good.
AND, we watched The Emmy’s.
THAT was an interesting concept.
NO Red Carpet, of course. An empty auditorium.
All stars tuned in via Zoom and the likes. It was strange and weird. BUT, they made the best of a bizarre situation.
Make this insanity STOP!!
In every possible way, MAKE it STOP!!
May we never, ever accept this so called “new normal”, I despise that saying. GAAAHHH!!
The weather has turned fall like, for now. At night the mercury dips down into the upper 30’s (4C), brrr! But HEY, that’s fine.
Today it is the Autumn Equinox.
Or, as they call it here in the US, The First Day of Fall.
A very misleading saying, if you ask me.
Fall starts on September 1 and ends on December 1.
I will never, ever say that this is the first day of the fall season, because it is not.
But, fall it IS. IT certainly is! 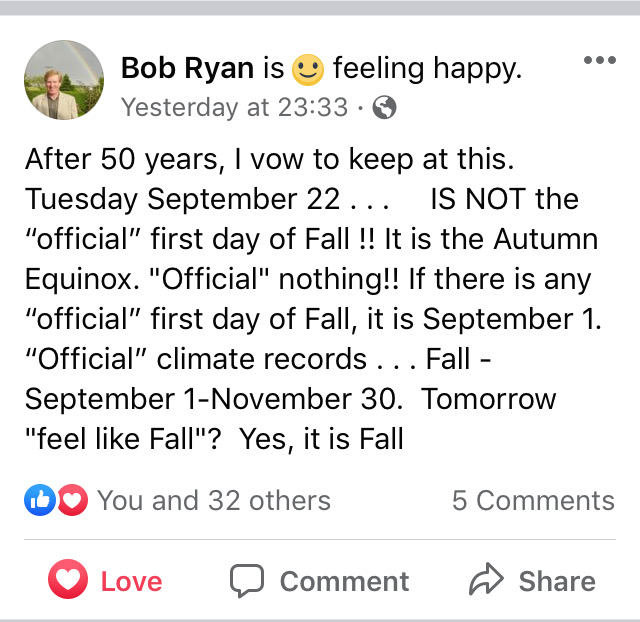 One of my favorite meteorologists agrees with me :-)

Y’ALL, have a great Autumn Equinox, or Höstdagjämning as we say in Sweden!
Posted by Annika at Tuesday, September 22, 2020

Oh, sure, rub it in about fall starting on September 1st ;-) Well, it really IS fall now! I only hope the rest of the year goes by fast so we can get rid of 2020!