Peter and I headed to Arlington Cemetery on Saturday morning.
We brought a bouquet of flowers that we put on Peter’s mother’s grave in honor of Mother's Day.
Arlington Cemetery was SO empty.
No tourists at all. No guides walking around. No crowds. Arlington Cemetery is a true tourist attraction during regular times.
It is United States most prestigious military cemetery.
This is where John F Kennedy is laid to rest.
So is Jackie.
Robert F Kennedy rests here as well.
Arlington is also the home of the Tomb of the Unknown Soldier.
And, a lot of other famous soldiers and politicians rest there as well. 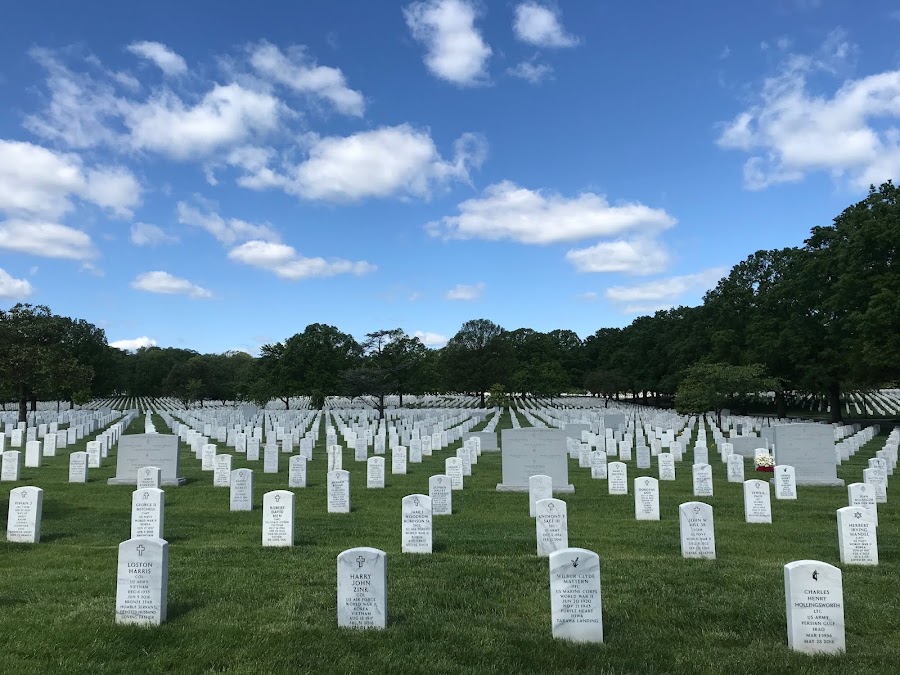 This is only a part, a small part, of Arlington Cemetery. 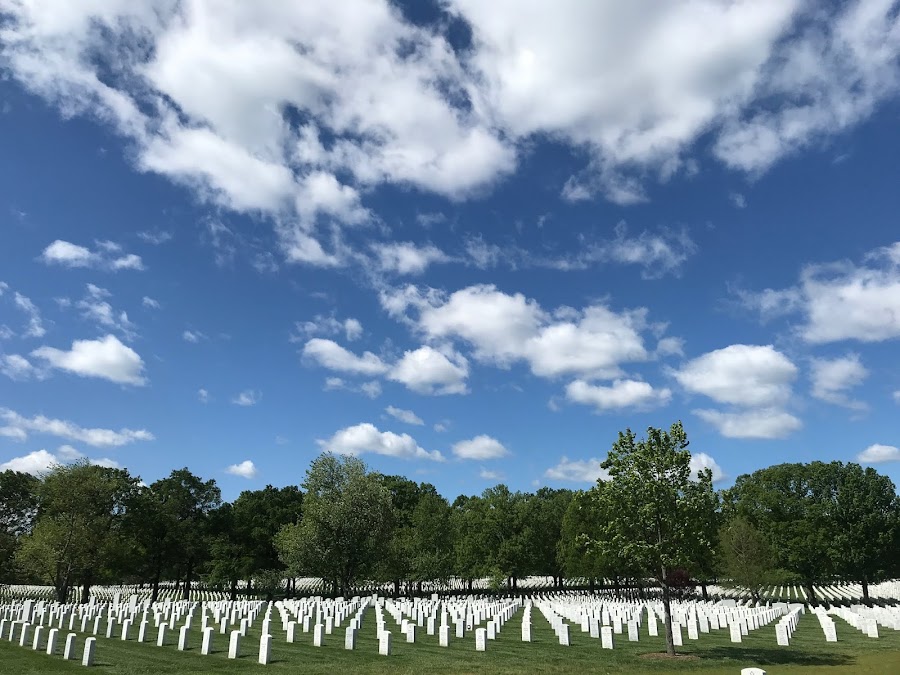 Since we have a special pass to Arlington we can visit it at any time, even now when it is closed to the public.
It is a strange sight to see the place so empty.


Arlington, Virginia is located just across the river from Washington DC. Peter and I took a little drive around The Mall and the Capitol Building as well.
DC … empty … eerie …
I have never, ever seen the streets as empty as they were on Saturday.
Only a few people were out and about.
Usually it is a PAIN to drive in the city. Saturday was like the most deserted day you could ever imagine.
Closed buildings, closed museums, closed stores, closed coffee shops, closed food trucks, closed bars, closed restaurants (only open for take out).
Eerie.
Weird.
Strange.
There actually was a demonstration going on of some kind. SURPRISINGLY enough. About 50 truck drivers held a small rally on the mall.
Spaced out, of course. But they were there.
Other than that, Washington DC is an empty city now. Oh how bizarre and strange IT IS.
May this craziness we’re under disappear.
May the Black Umbrella collapse and never, ever return. 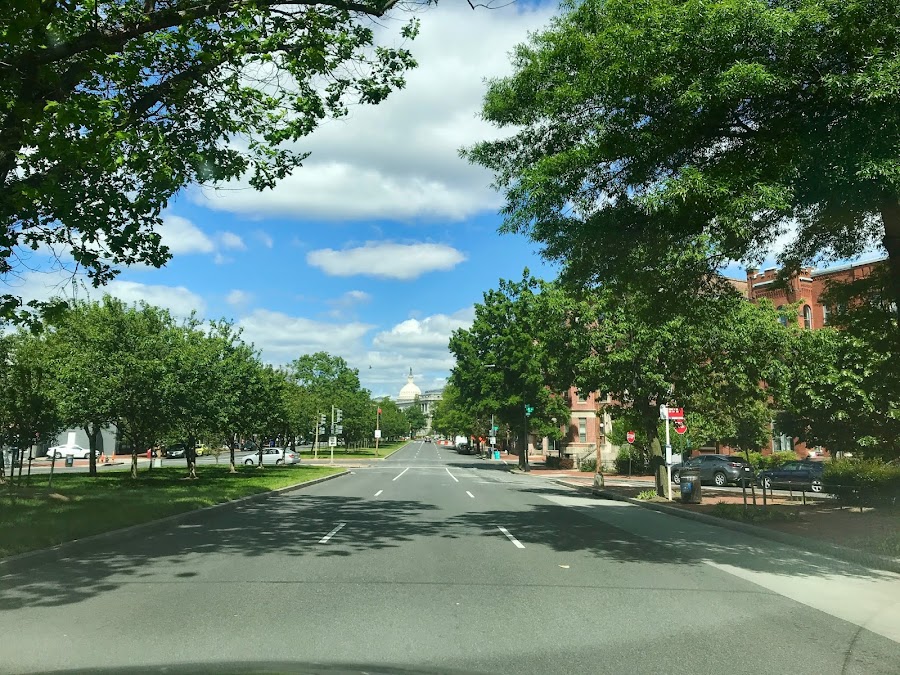 ON empty streets in Washington DC on a perfect sunny Saturday morning.   During regular times the city would have been a burst of energy,  Loads of people and a lot of cars.  NO such things now.  Deserted ... 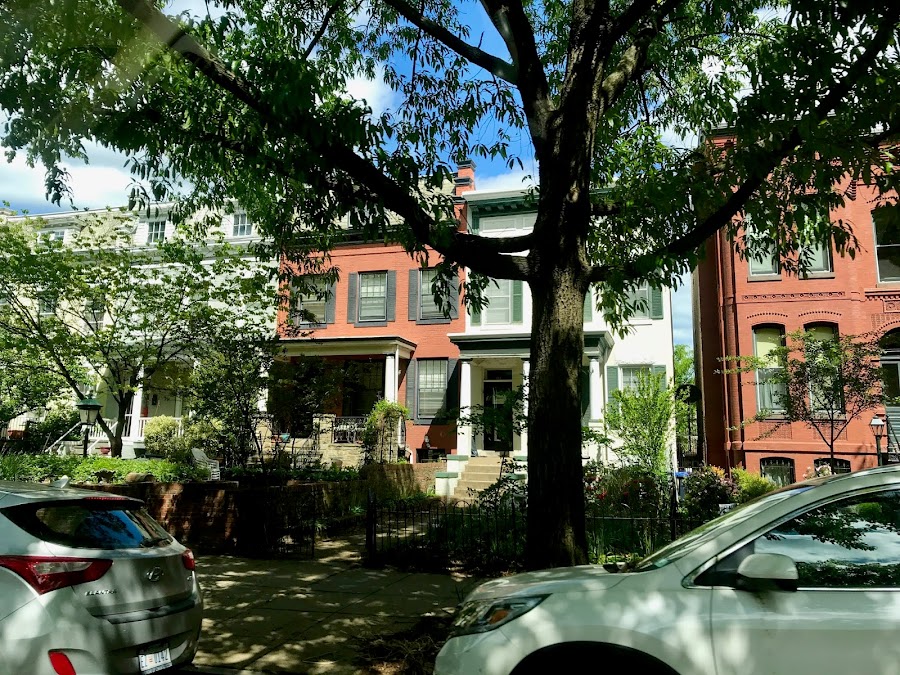 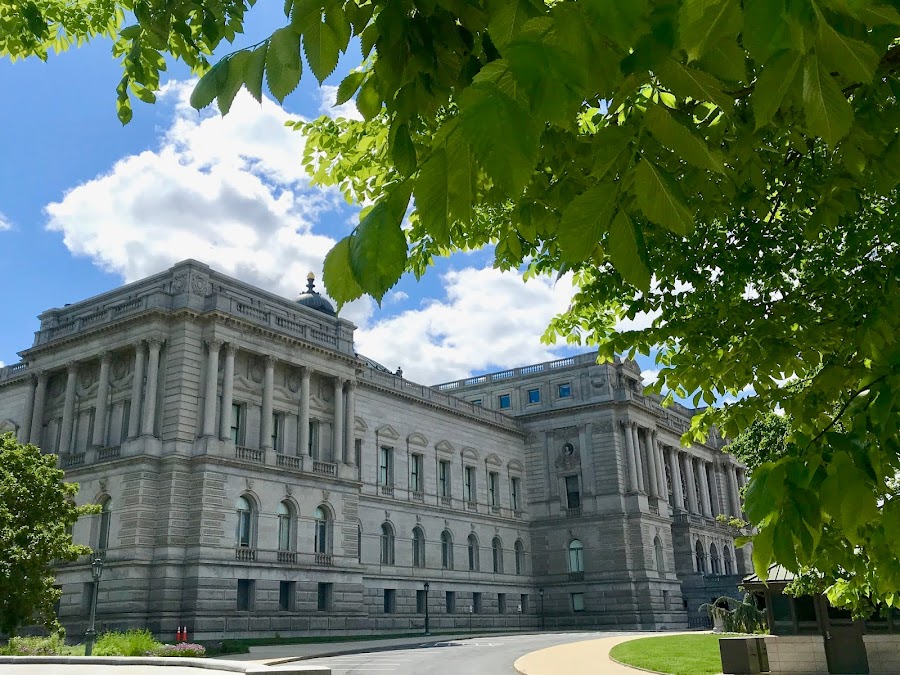 The Library of Congress. 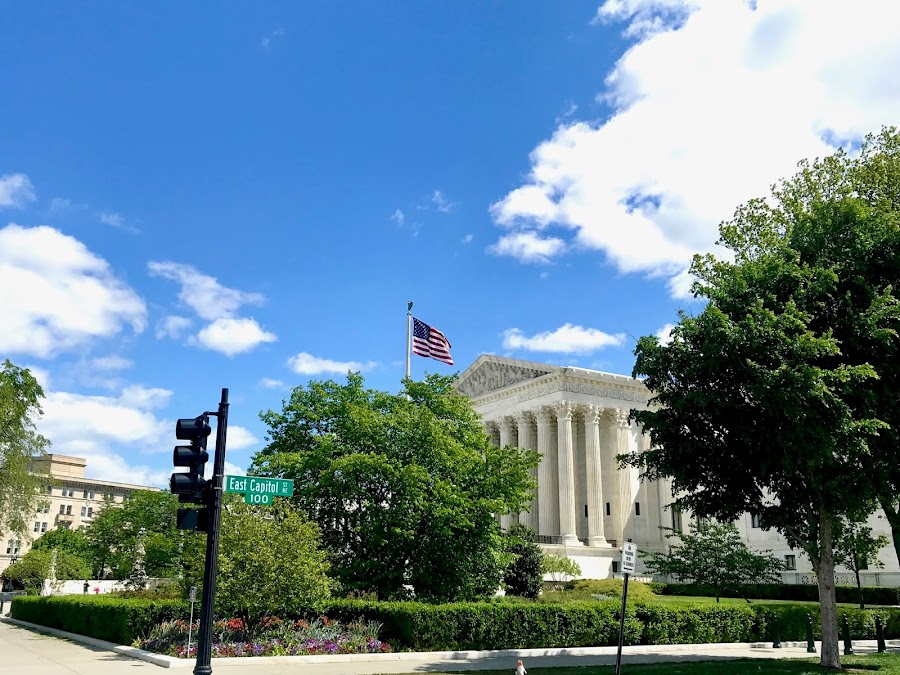 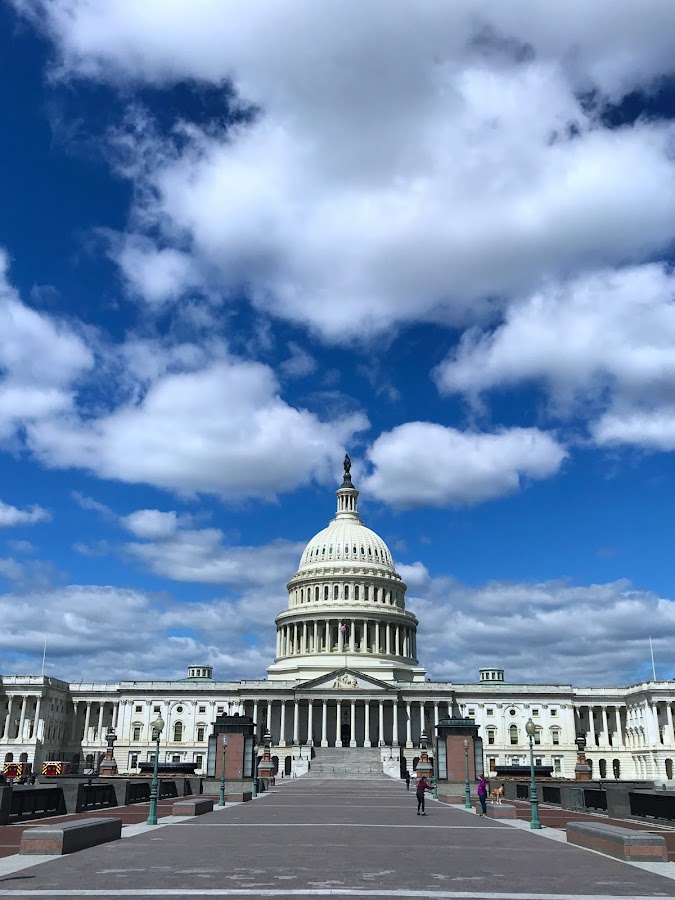 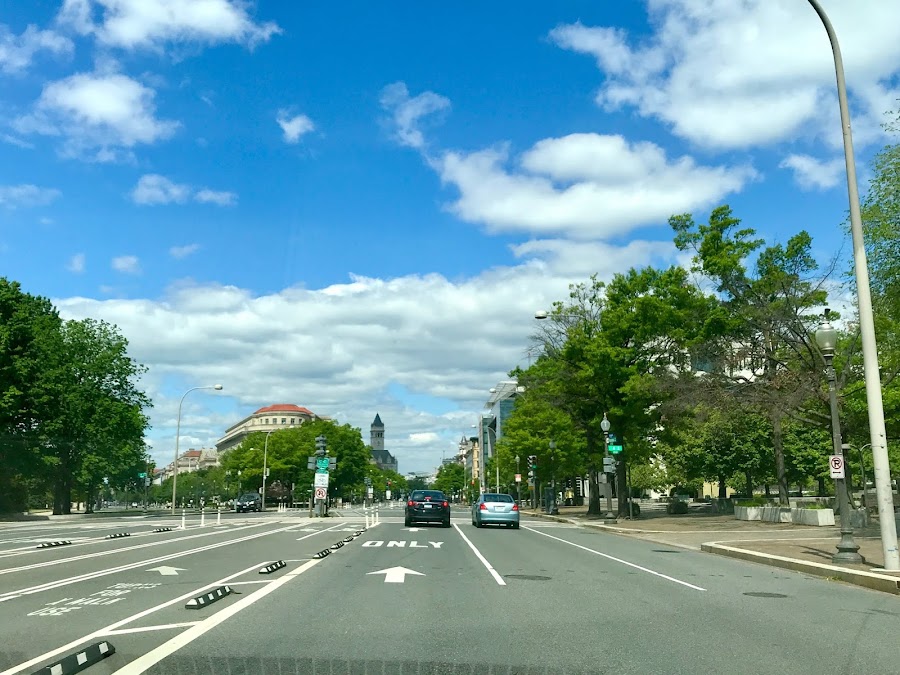 This is Pennsylvania Avenue.  EMPTY!! 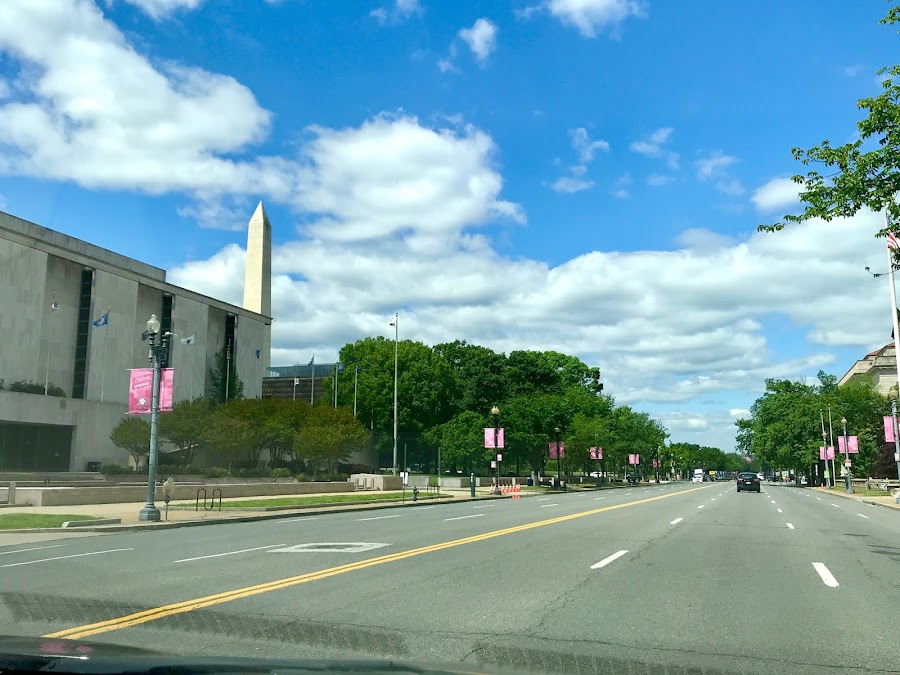 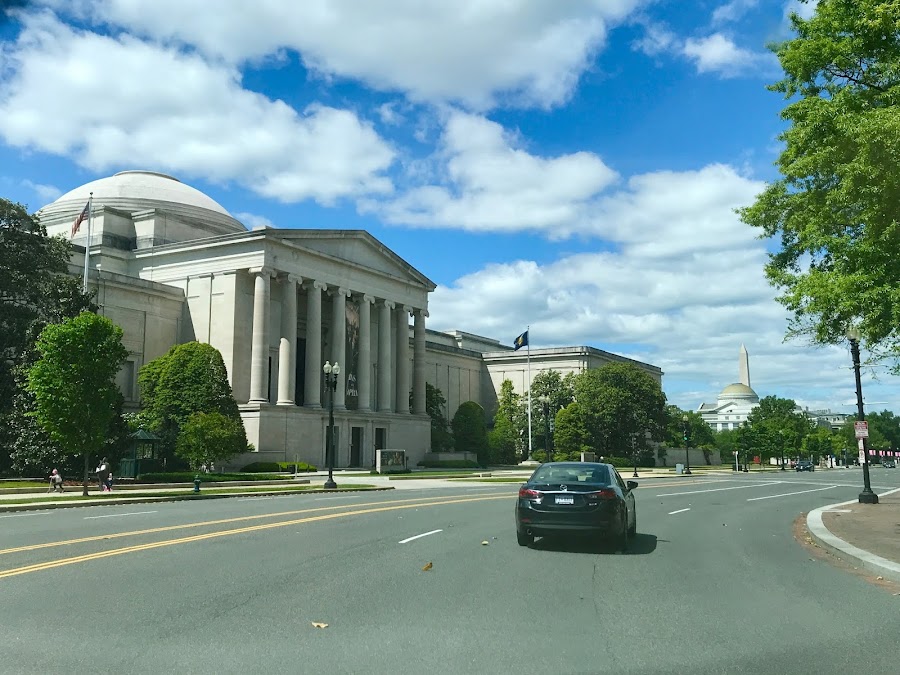 National Gallery of Art to the left.
Yesterday was a quiet Mother’s Day.
Lots of food for us.
A nice, long walk
And, we had a super nice afternoon on the deck.
It looks like we’re in for a heat wave starting on Friday.
THAT works for me. But until then it’ll be fairly cold. 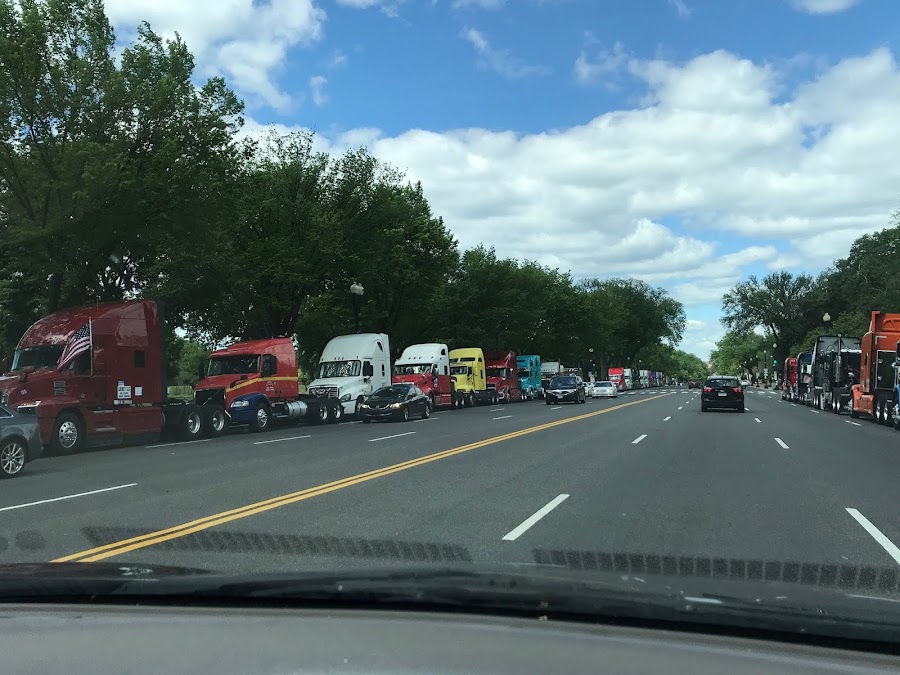 There was a rally in the city, a very quiet demonstration of truck drivers protesting.  They had parked the trucks on the side of the road.  The road is Constitution Avenue.   This street is running on the west side of the mall and usually it is one of the most trafficked  streets in the entire city.  NOT so now. 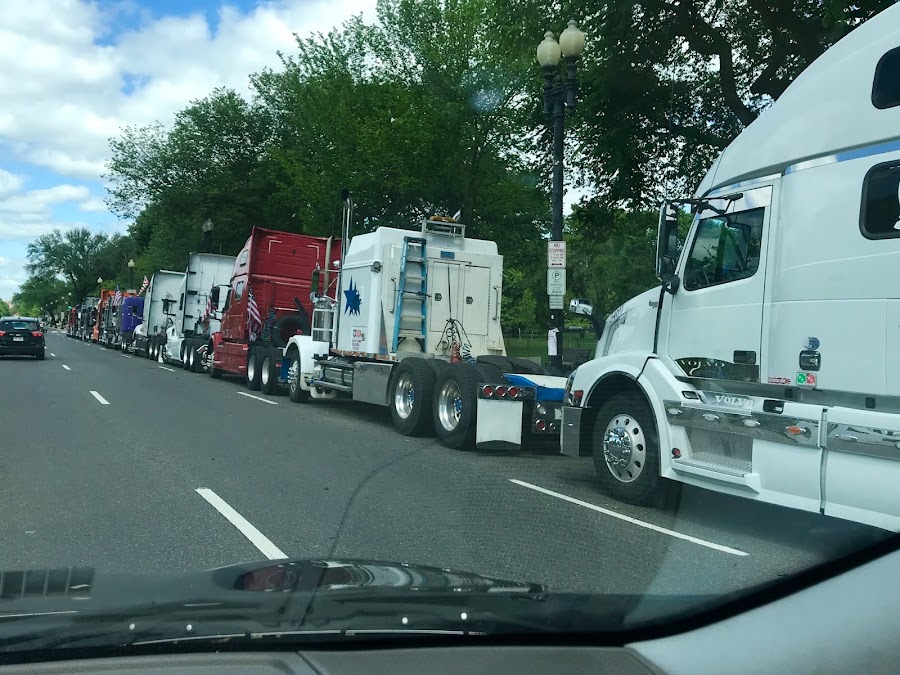 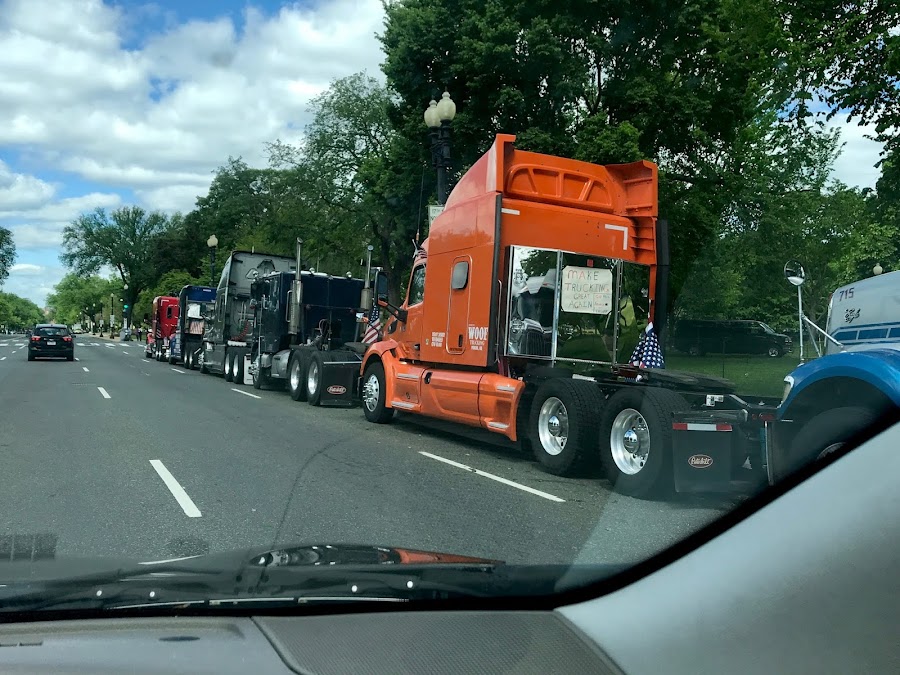 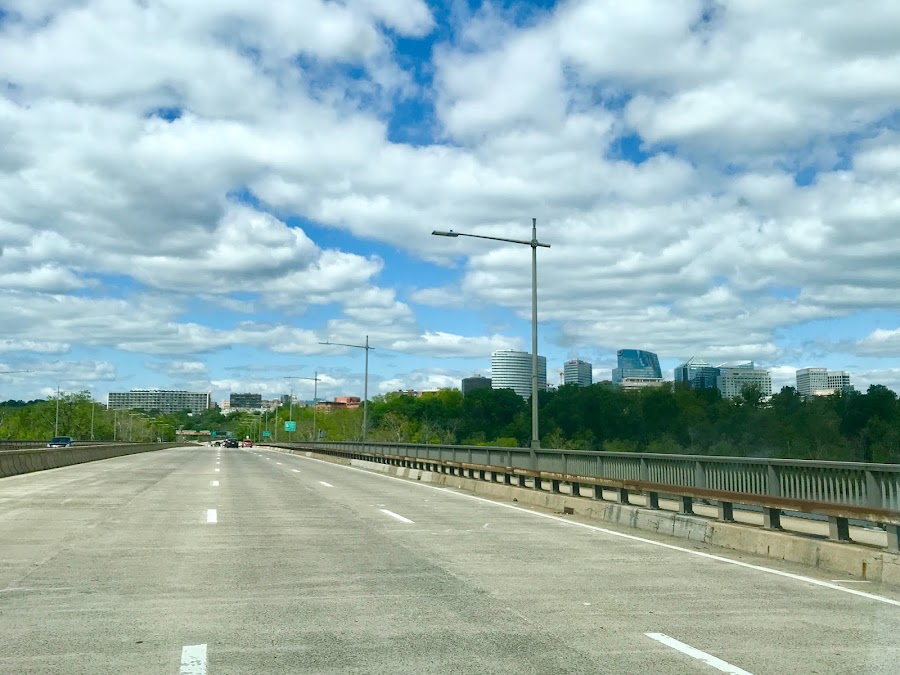 Leaving DC for Virginia on a very empty I-66.

Keith:
So unusual to see DC like this.
And thanks!!!