When The Queen honors you.


Good morning you all!!


Let’s take a look at the weekend that have just passed, shall we?
As per usual the weekend just took off and ran away faster than ever.
What is up with that?

It was a good one.
A nice and cozy dinner at home on Friday. It is so lovely now when it gets darker and colder. I love to light up candles, listen to soft music and make a hearty meal.
I made meatloaf and mashed potatoes on Friday night.
SO good. 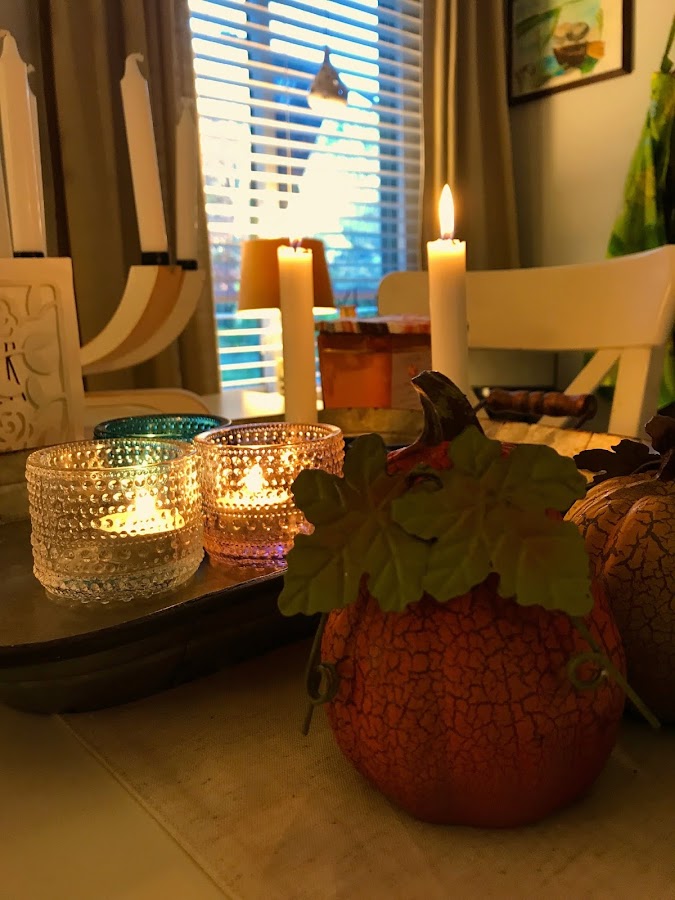 Friday nights are for coziness ... 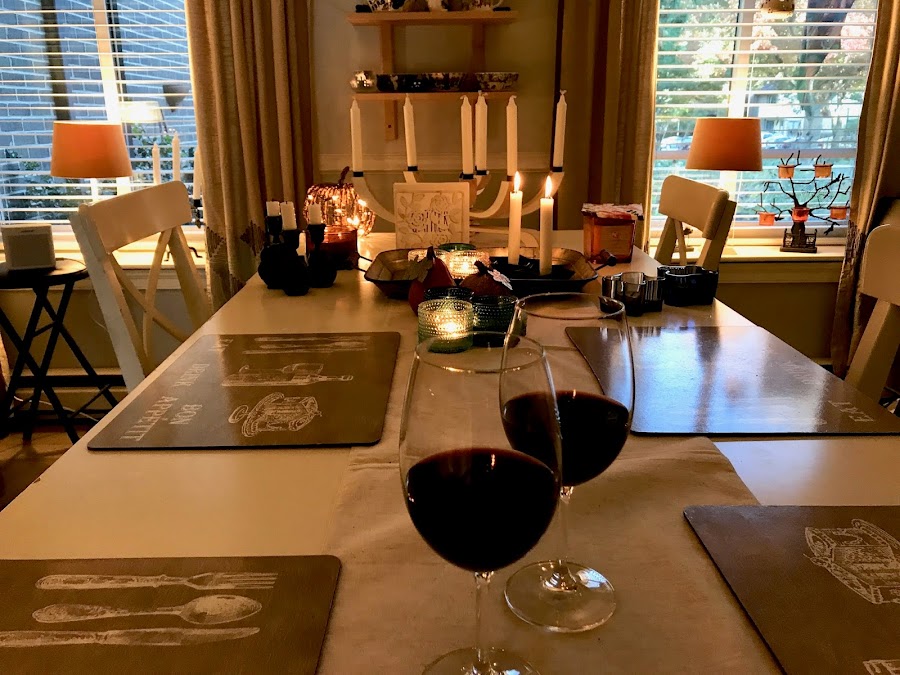 Saturday was the day for this year’s Halloween party over at Peter’s sister’s house. This party is an annual tradition since many, many years.
Peter and I had no idea who to dress up as this year.
I am fairly tired of the spooky/vampire/witch theme by now.
I’ve been in that boat soooooooooo many times, I needed something new.
We did not want to spend money either on new costumes really. Hey, we have a whole big bin downstairs filled to the brim with old costumes.
So, it was recycle or bust …


Then we got the splendid idea of using some current affair and go from there. And what could be more current than Brexit?
Peter dressed up as Boris J, and I dressed up as The Queen herself.
I admit right away, it turned out to be two of our best costumes ever.
I spent 24 bucks in this, the wig and the tiara.
Peter spent 0.
He had everything he needed at home, including the wig (an old surfer wig from a previous Halloween party years ago). 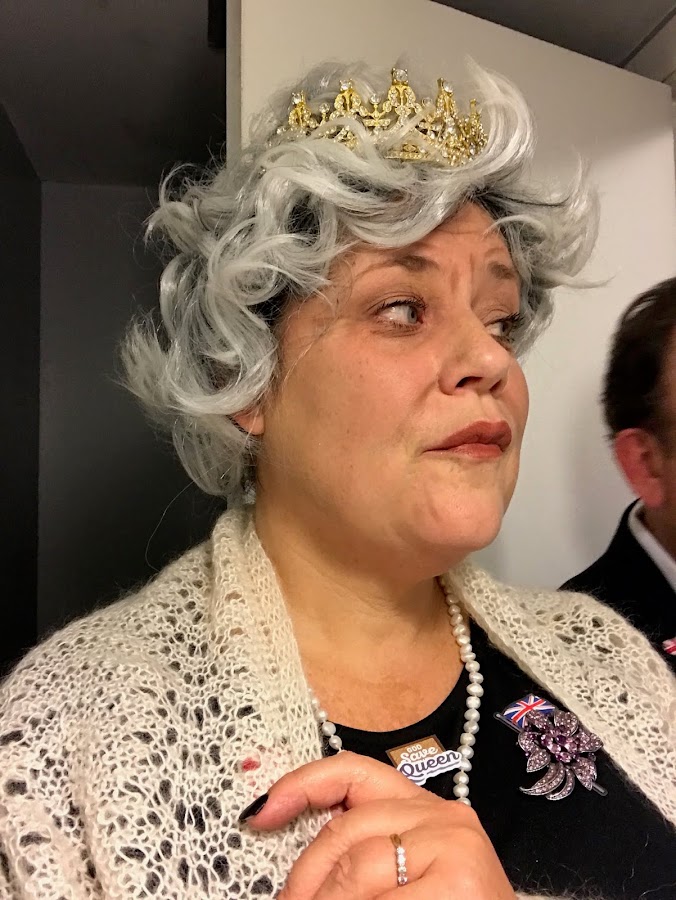 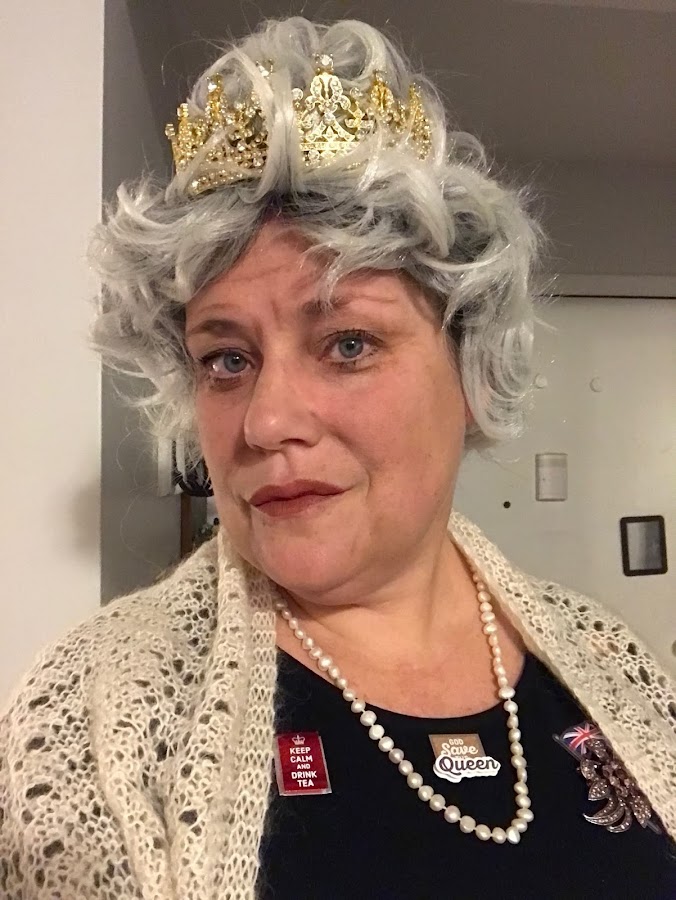 I am so very proper. 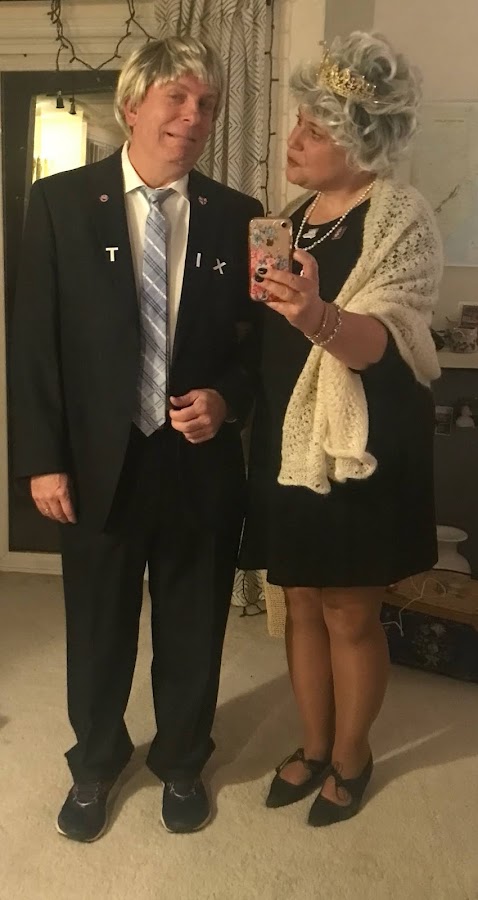 But, I can really whip Boris around. 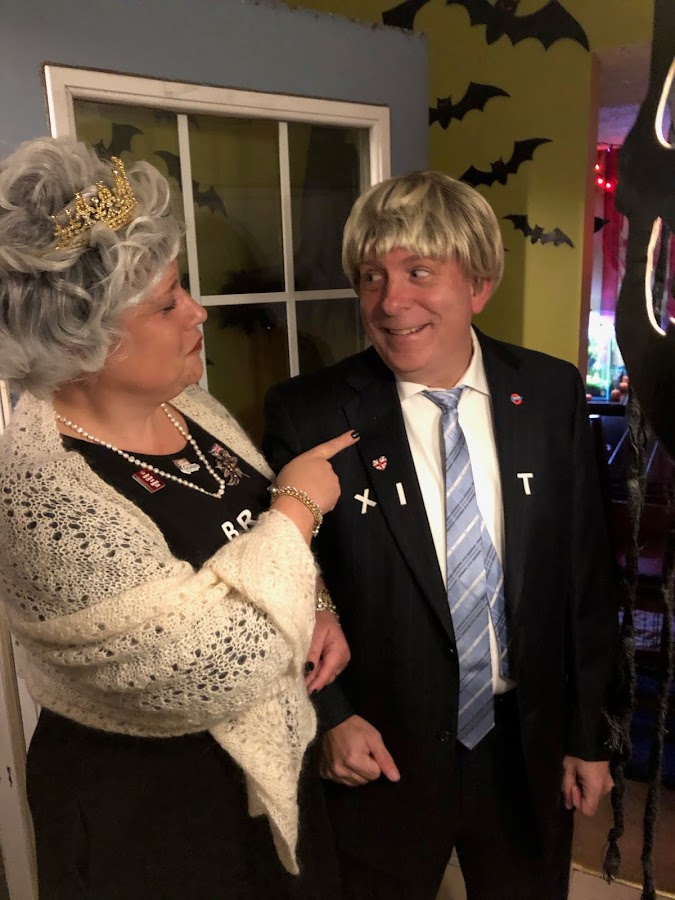 The Queen lets the prime minister know who's the boss. 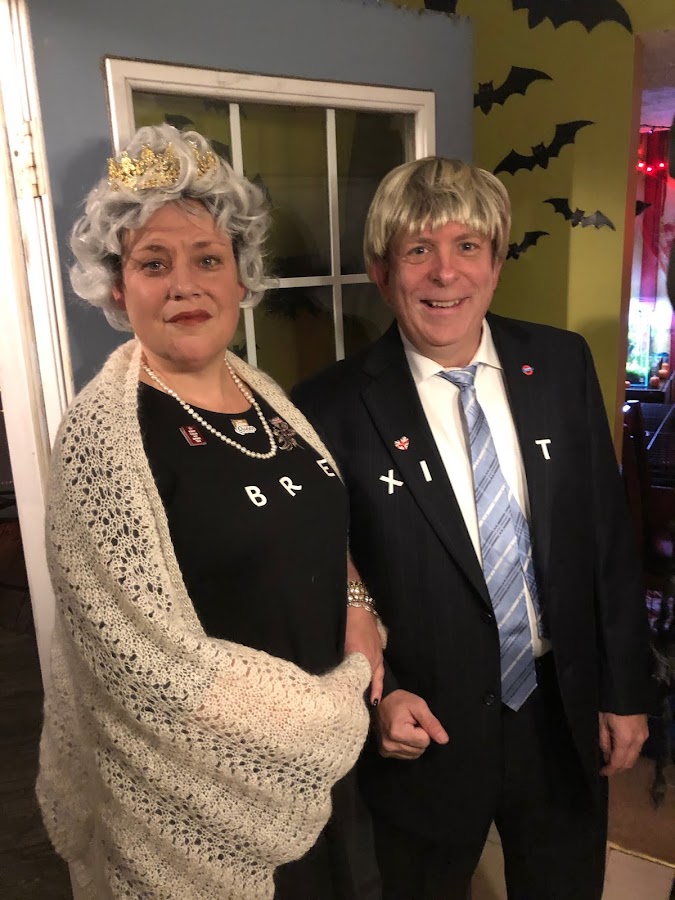 
It was so fun to play the role of the queen.
I stayed in character for most of the evening, and whipped Boris around.
Boris was a total party animal.
FUN!!! 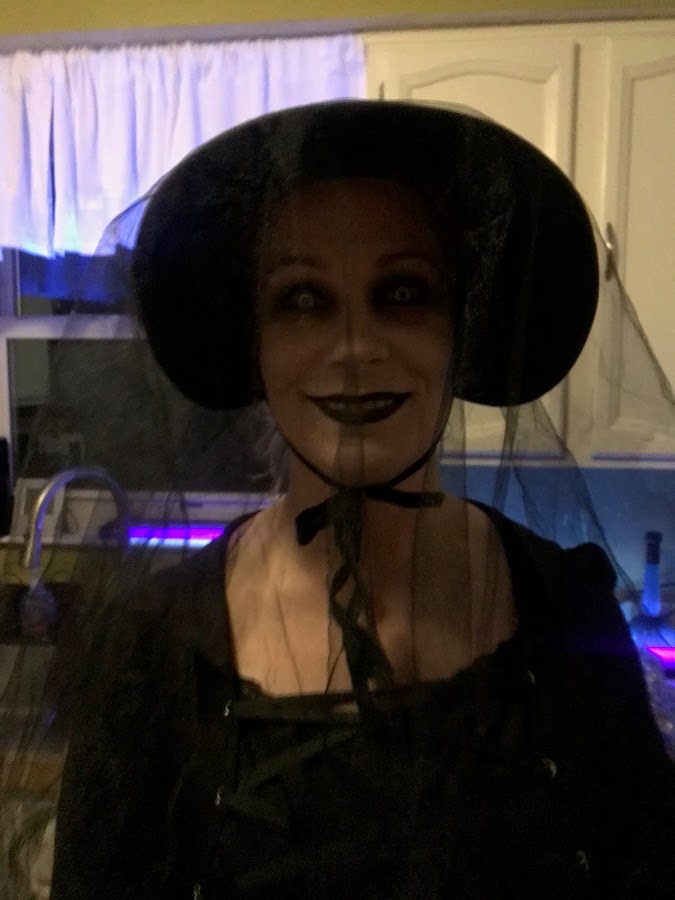 This is the hostess, my sister-in-law, Suzy. 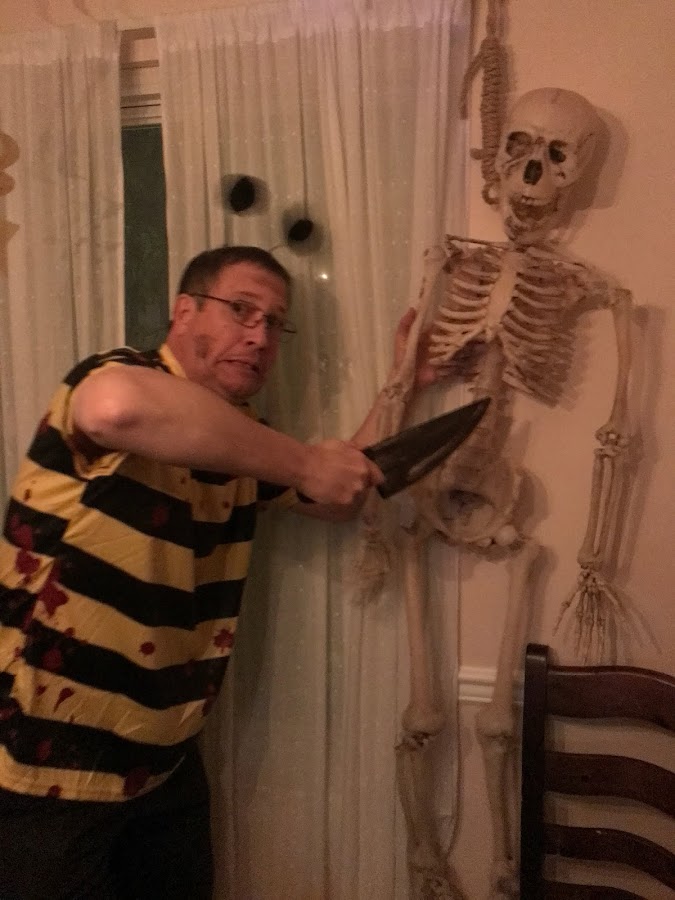 Keith is a killer bee. 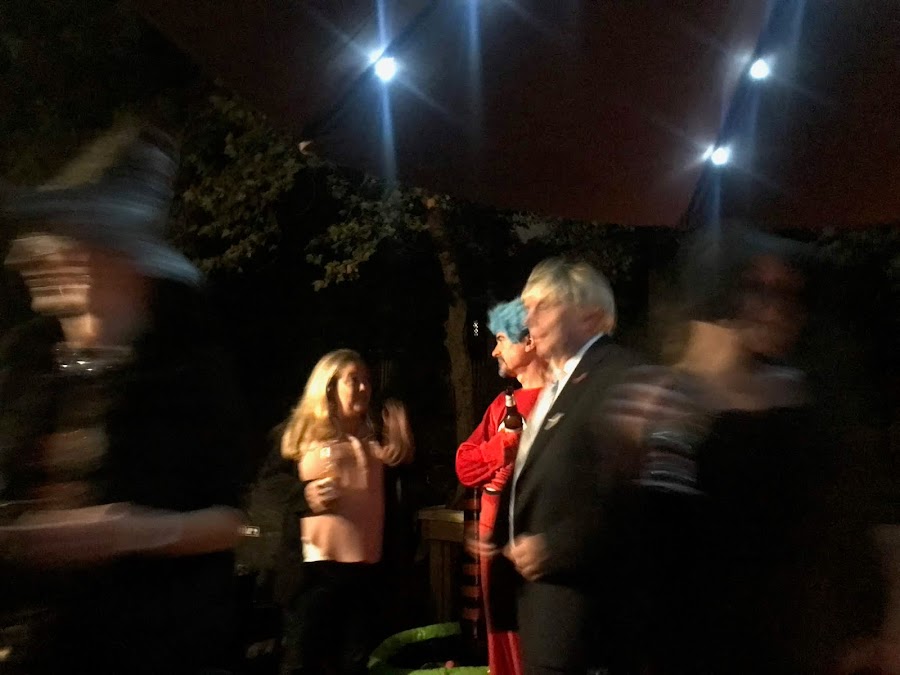 Boris is dancing into the night. 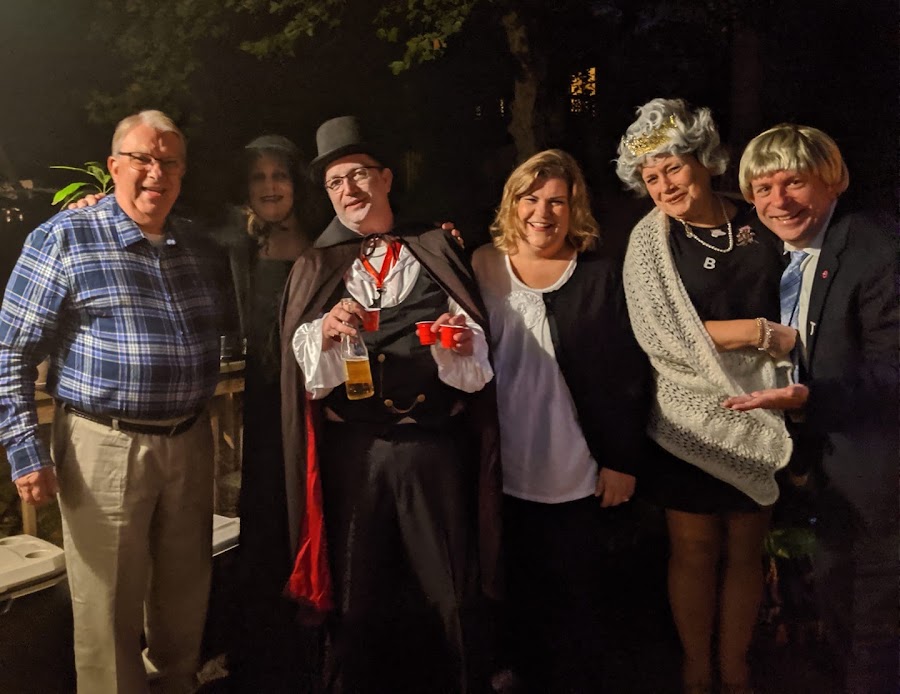 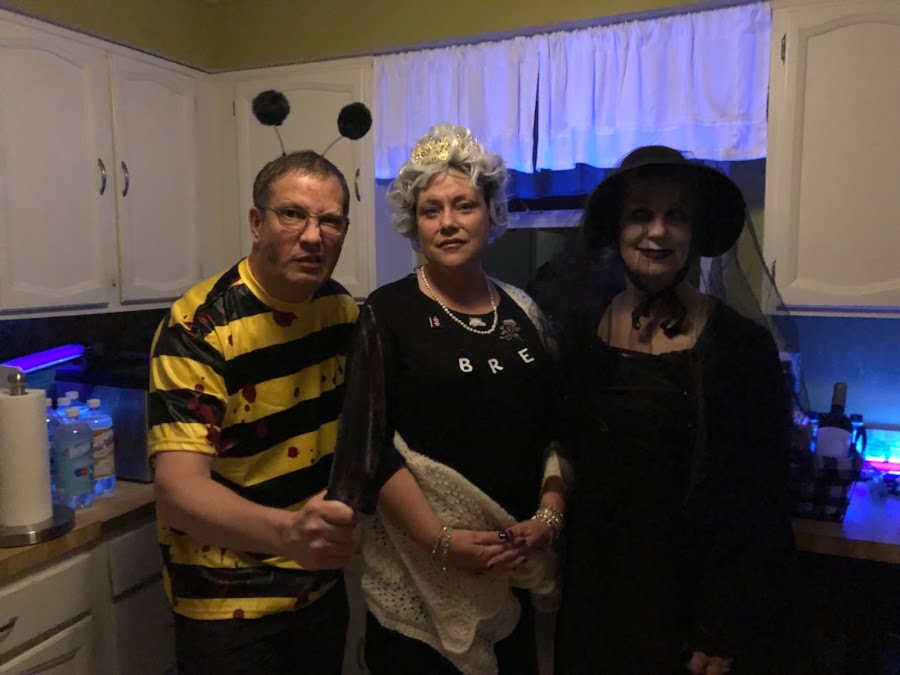 Sunday was a slow day here at our casa.
The rain was pouring down outside. Perfect day for hanging on the couch watching Netflix. 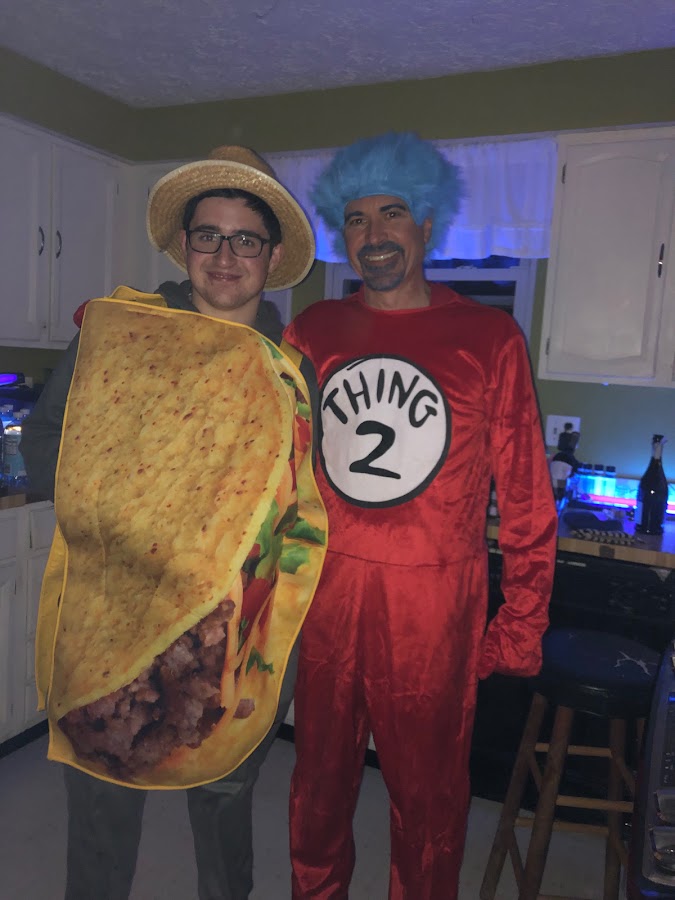 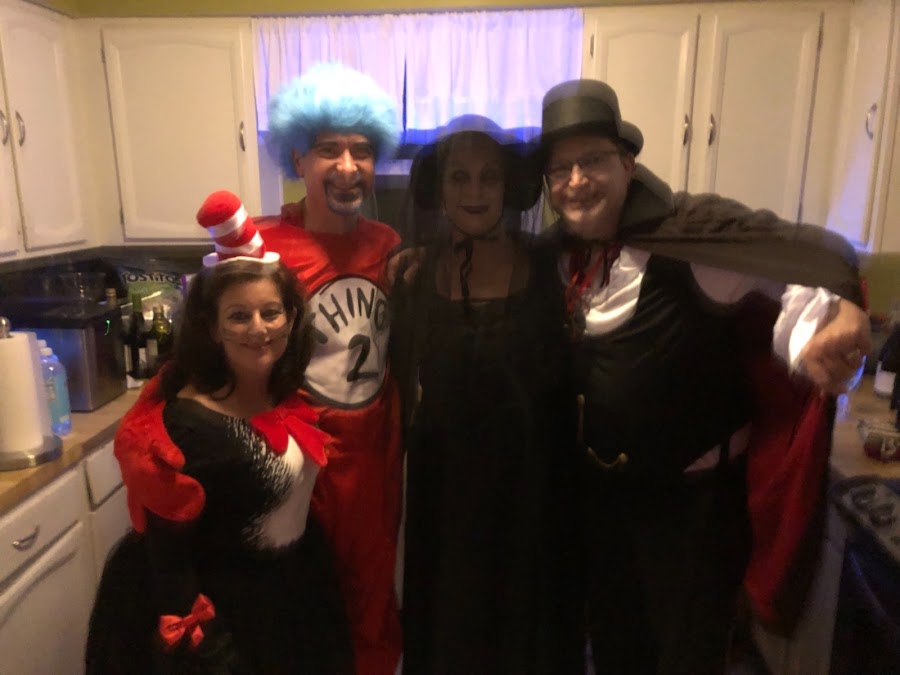 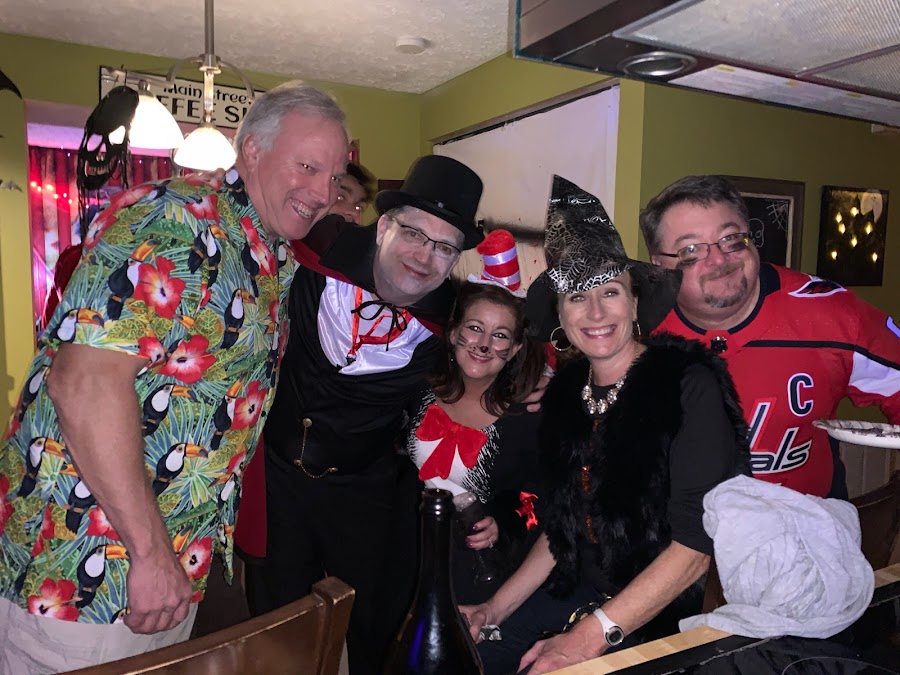 I hope your weekend was a good one.
Posted by Annika at Tuesday, October 22, 2019

Thank you, Queen, for gracing us with your presence on Saturday! I know you and Boris are busy with matters of the state! Haha! Yes, another quick-ass party! Always interesting to see everyone dressed up. And, even those who were not.

Keith:
Greetings Killer bee!!
you were great yourself, or so thinks the Queen.
A fun gathering, for certain.
Ta!