Did you all have a nice Easter?
I hope so.

Our Easter was short. As you all know, I do not really care for Easter all that much. It is way, too, way too, way TOO short here in the US.
Only one day, Easter Sunday.
But, we had a nice brunch at my father-in law’s-house. Lots of good food, and good company. 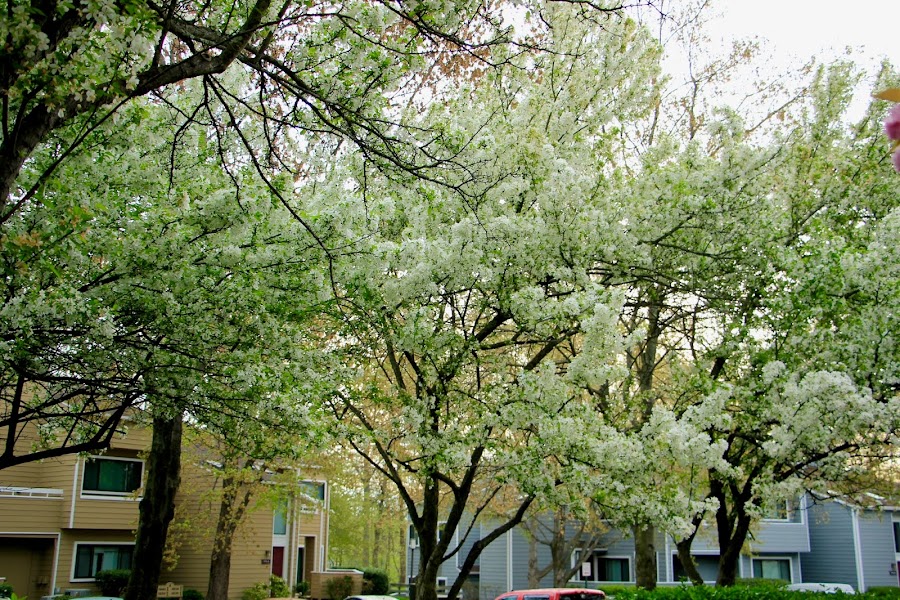 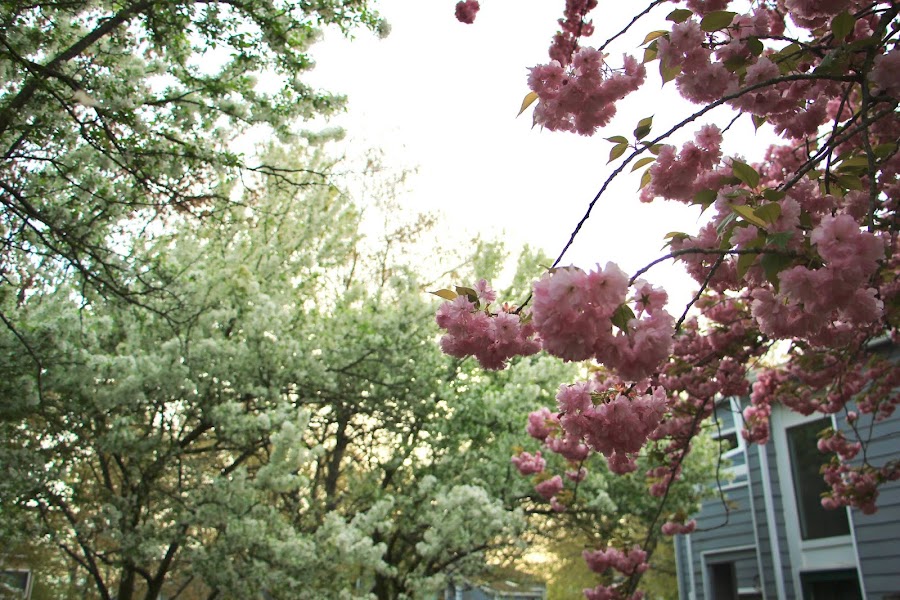 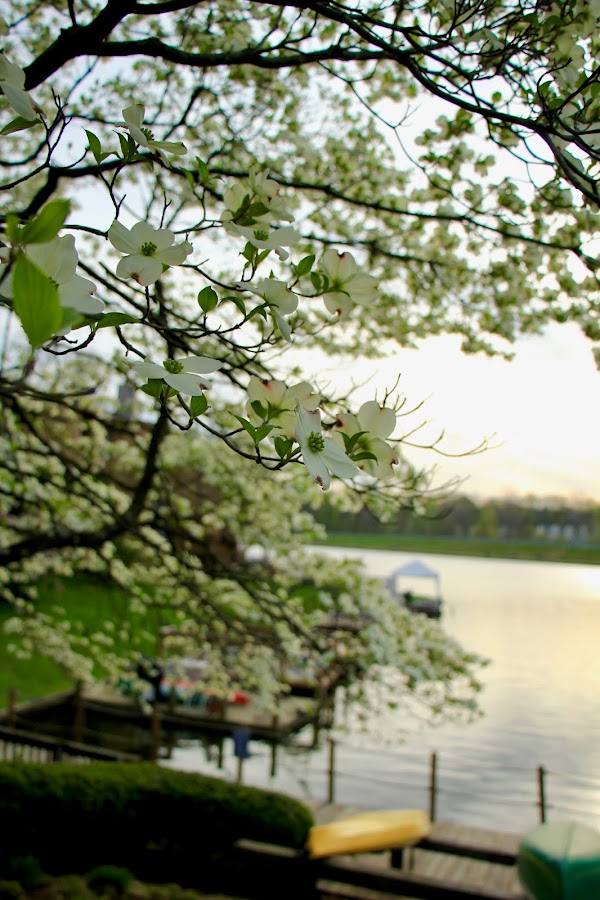 Dogwoods in the early morning sun.
Saturday, Peter and I took a long walk to a new breakfast place here in Reston. The weather was SO nice with very comfortable temperatures.
It took us three hours all in all.  And, with all the loveliness in nature right now it was nothing but a joy. Very nice. 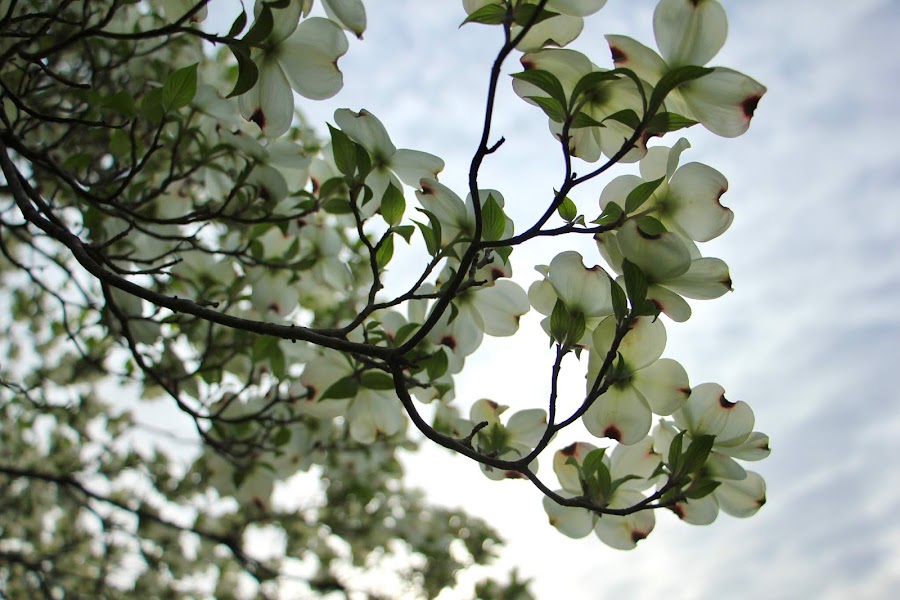 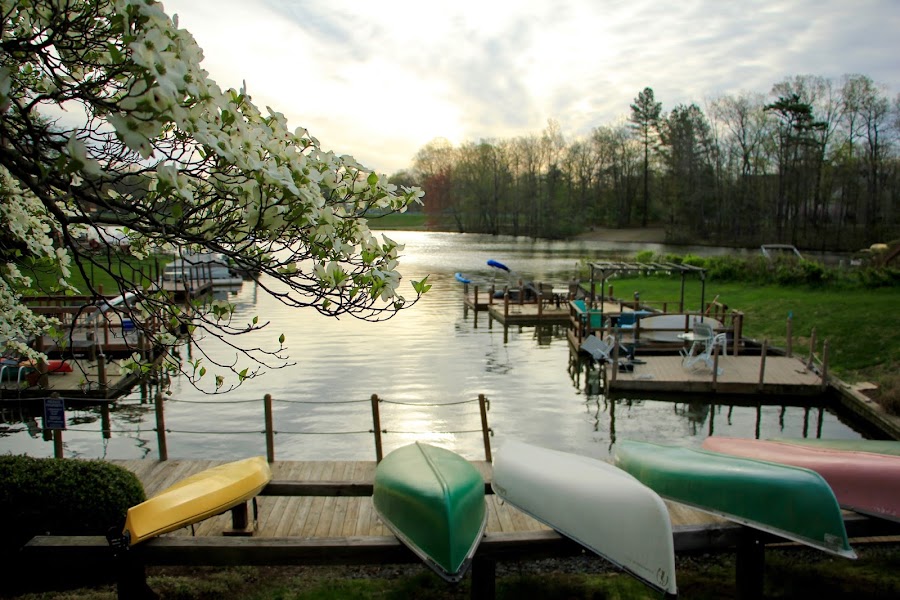 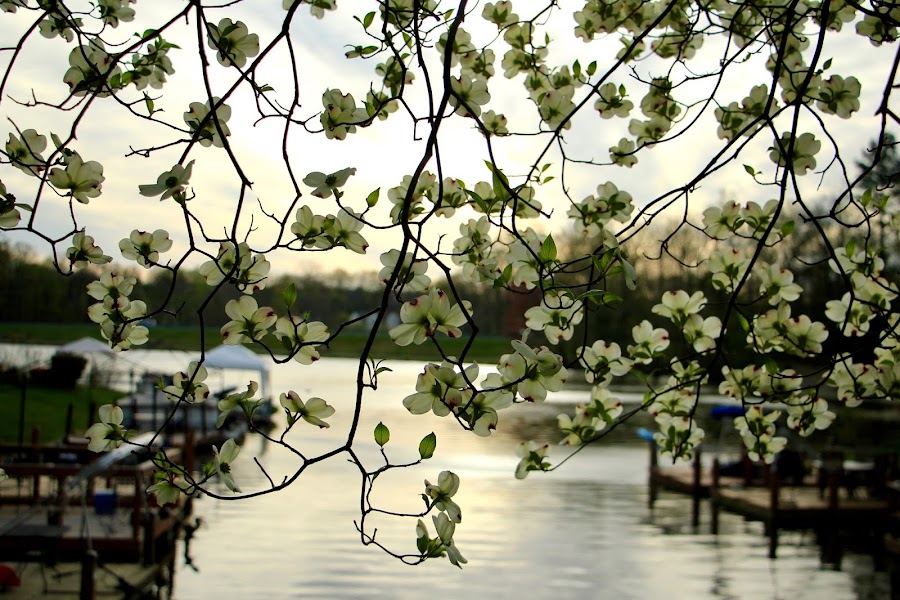 Friday night we had som DRAMATIC weather in my neck of the woods. Around 9 o’clock our phones started to warn us about a possible tornado lurking in our area.
“TAKE SHELTER!”.
At this point, it was really, really windy out there, and it was raining so hard.
WE turned on the TV, and the local meteorologists were going absolutely nuts over the current situation.
And, let me tell you, it is NOT so comforting when you hear streets next to your street being mentioned in the reports.
Peter and I did go down to the basement.
It was over VERY quickly, but the tornado DID touch down here in Reston. And, it did destroy one house, and at least one car. Nobody was injured, nobody got killed, thankfully!!
The short lived tornado took down some big trees as well.
But, in the grand scheme of things it was a so called weak mini tornado. 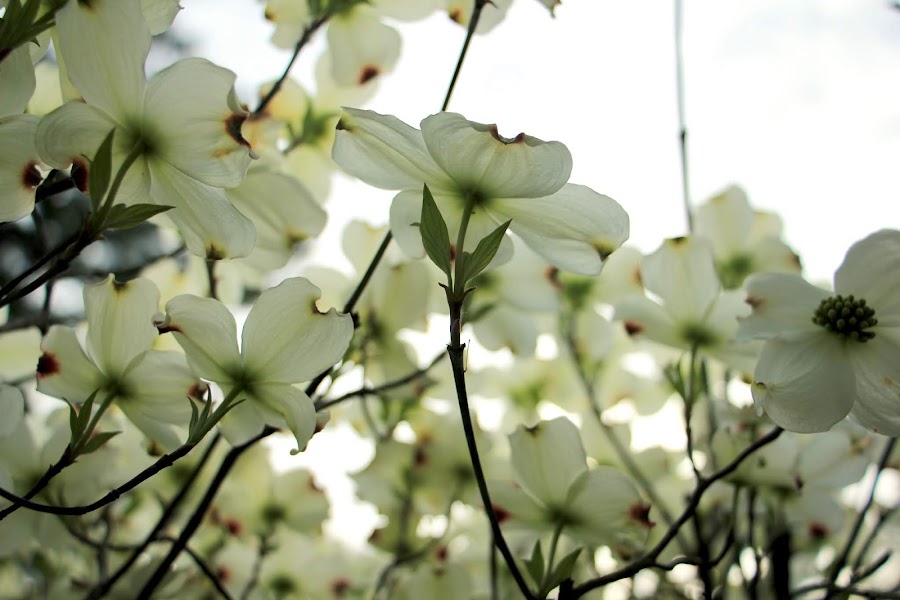 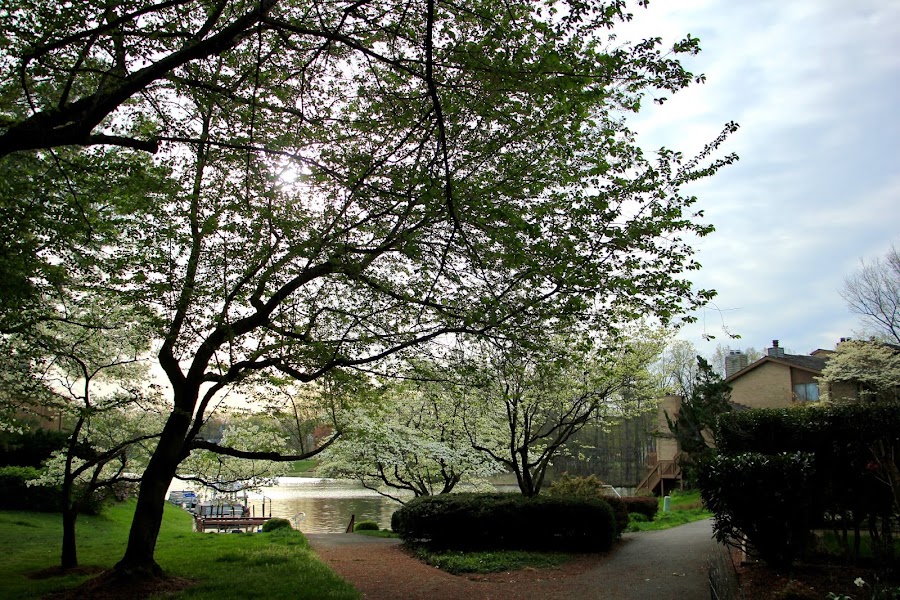 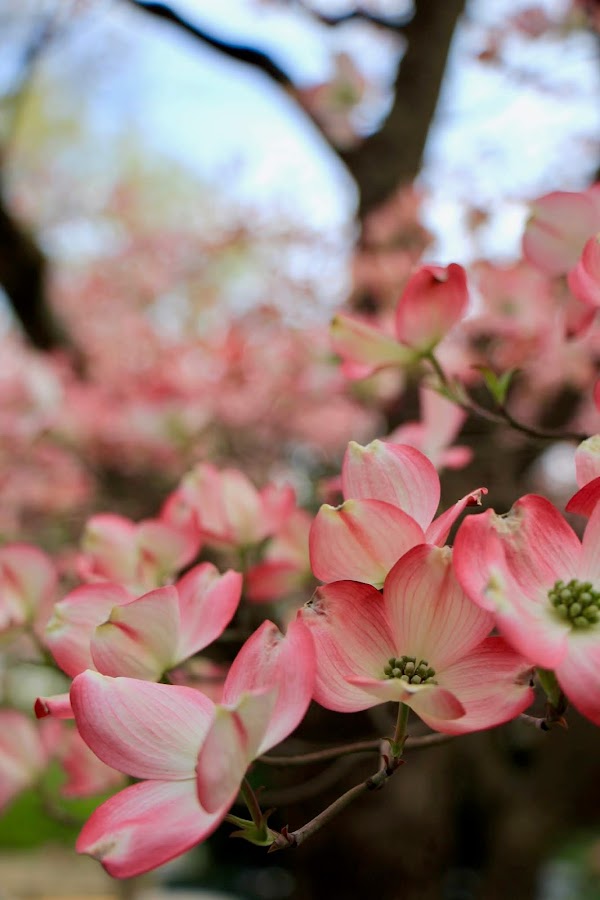 I have been thru a few tornado warnings during my years here. But, I have never actually seen a tornado or a funnel cloud, as they rarely touch down here were we live.
BUT, you can tell that something is up when they (tornados) are around. If it is day time the light turns greenish outside. There are weird swishing sounds going around in the air. It is totally spooky and eerily feeling overall. Tornados are usually accompanied with thunder storms and heavy rains. 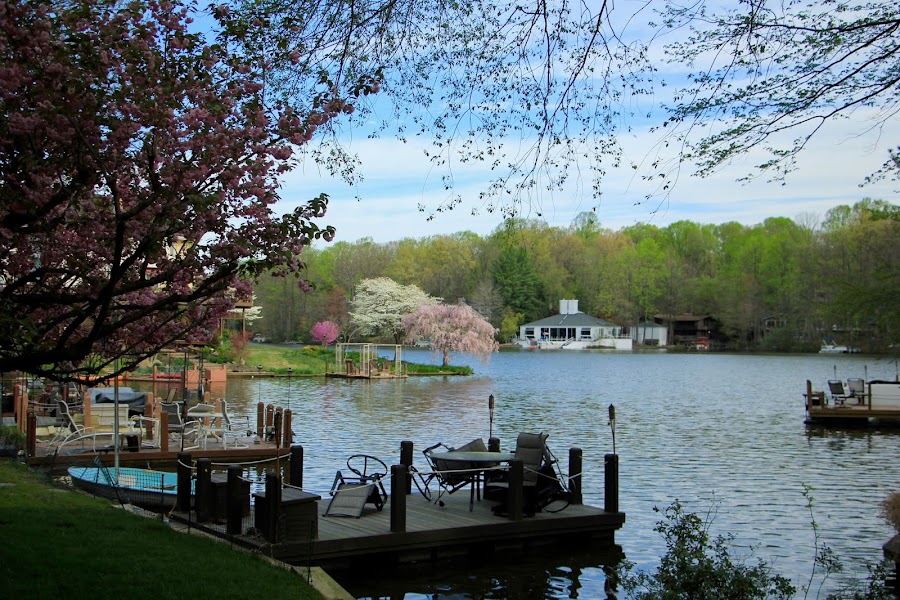 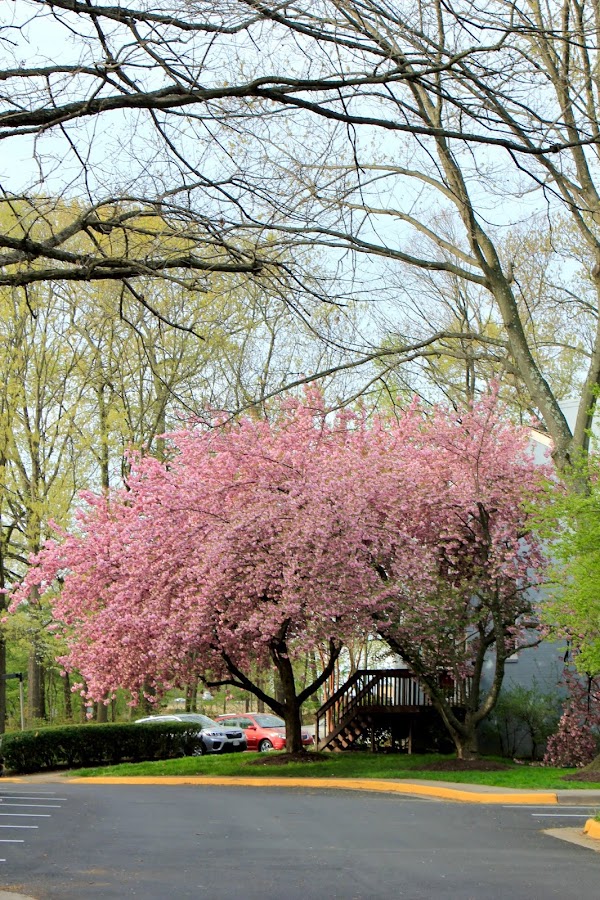 Kwanzaan cherries are the showiest and the loveliest of cherry blossoms. 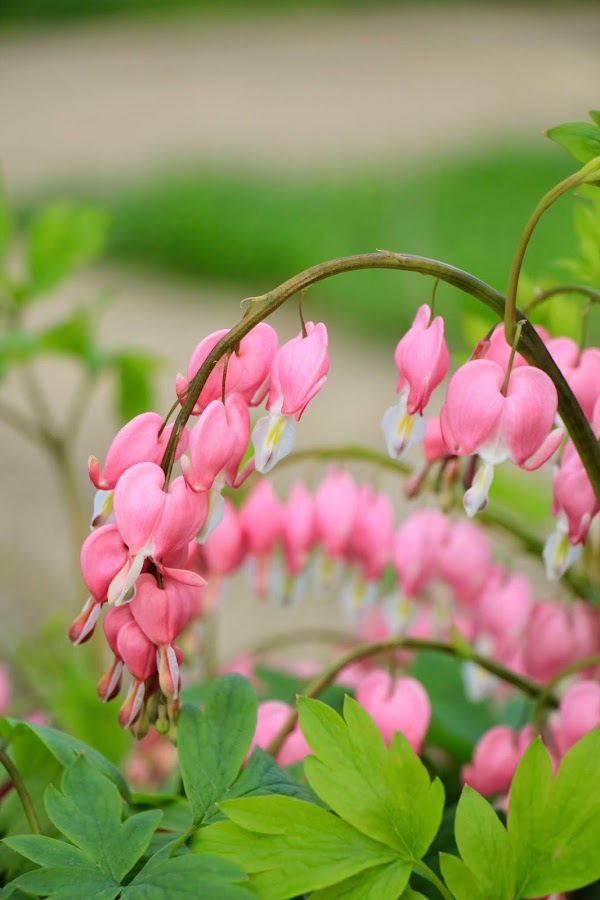 
Friday’s tornado warning and weather really never scared me. Maybe, because it happened so fast, and was so short lived?
I have been much more scared in the past during previous warnings.
Tornados are HOWEVER very rare where I live.
My location is too far north, and it is way too hilly for tornados to grow really big.
Tornados thrive on flat lands, the flatter the ground the better for a tornado. That is why they are so common and so big in the great plain states.


However, as the weather and climate get more and more extreme, I think we will see more tornados here, and more severe weather as a whole.

How can anybody in their right mind really deny that we are in the middle of a climate change? It beats me. Wake up! 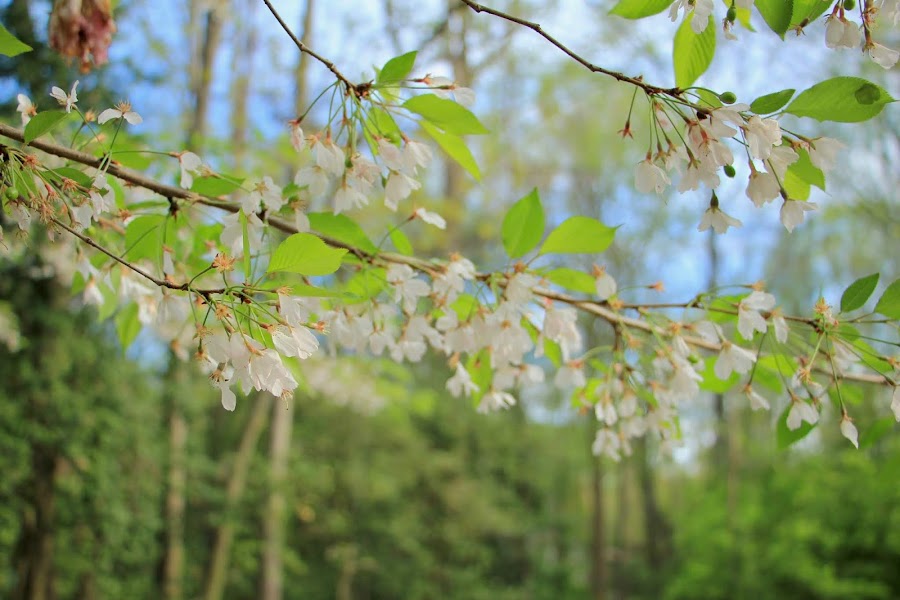 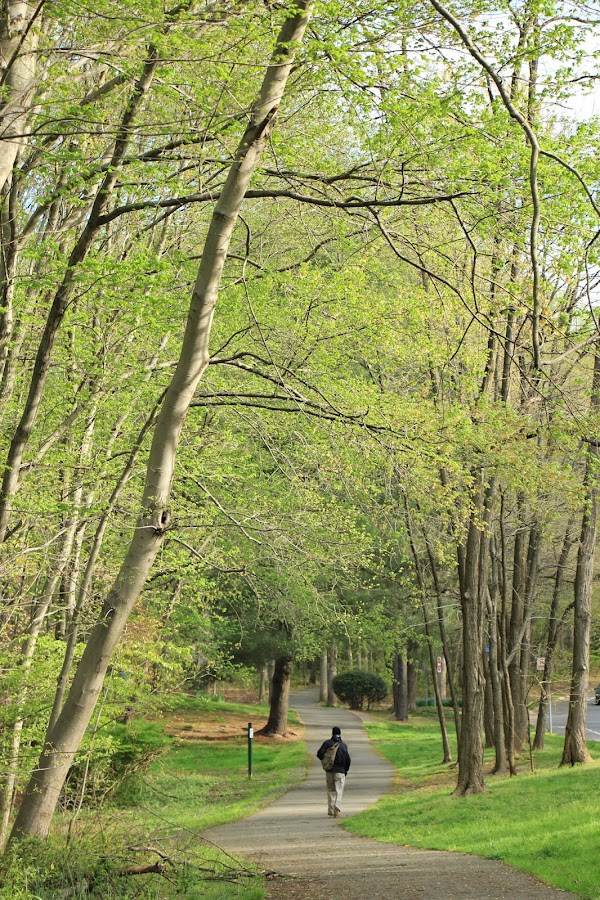 All the pictures in today’s post are taken with my Canon.

What a hellacious storm on Friday!! I drove home in it!! The wind was terrible. No surprise there was a tornado. Didn't know about the one in Reston until reading about it in the Post. Glad there were no injuries or deaths. Love your pics of nature!

Keith:
It really was!!
Around 9 it was quite something here.
Yes, so glad there were no injuries or death.
Thanks Keith. It is easy to take pics of nature now!
:-)