I hope you all had a nice weekend and that you are ready for the new week.
It is Tuesday already, so that is a good thing indeed.

Let us return to the Road Trip Galore, shall we?!
I’ll have a few more (hopefully interesting) entries from our trip across the US before we get back to “the regularly scheduled contents”.

Yes, we are on our way to The Grand Canyon.
Meanwhile, an epic snowstorm is sweeping over Arizona, dumping 2 feet (60 centimeters) of snow over Flagstaff and Sedona. Other places are affected as well, Grand Canyon is one of them.
In “the family truckster” we have decided to make Grand Canyon a go!

We left Road 93, as I wrote in my post on Friday, and headed for Interstate-40 East.
The weather was good, the roads were totally fine.

The landscape is so beautiful and mountainous, but also very open and (of course) snowy!
It was simply beautiful.
So stunning. 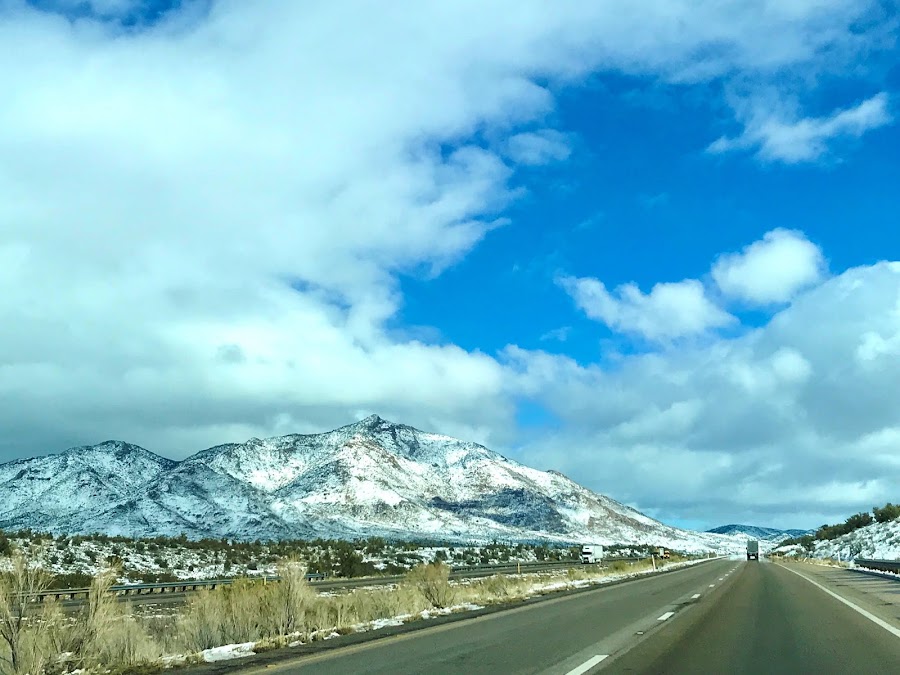 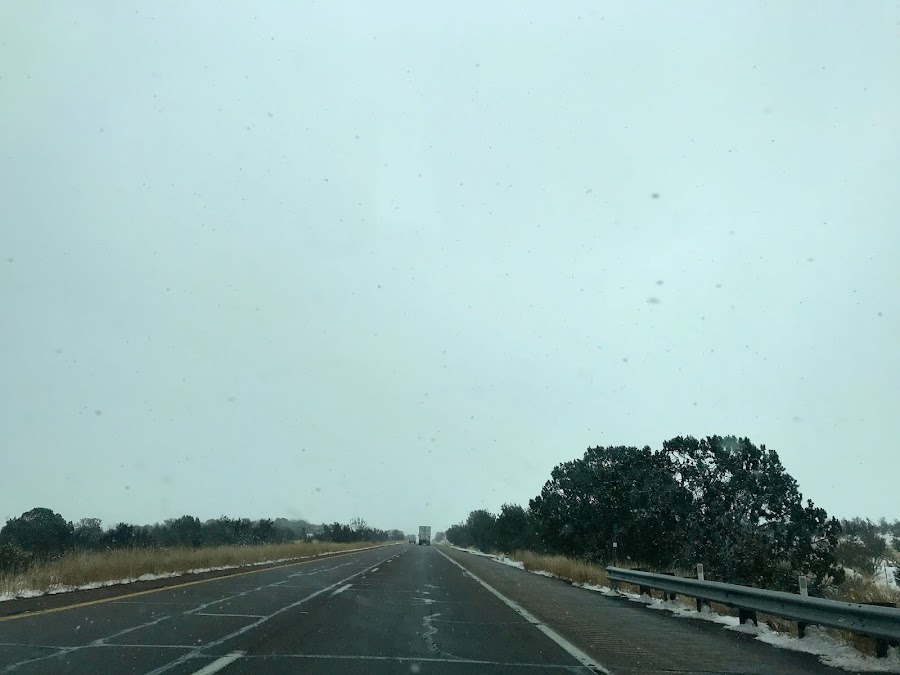 Snow showers that came and went. 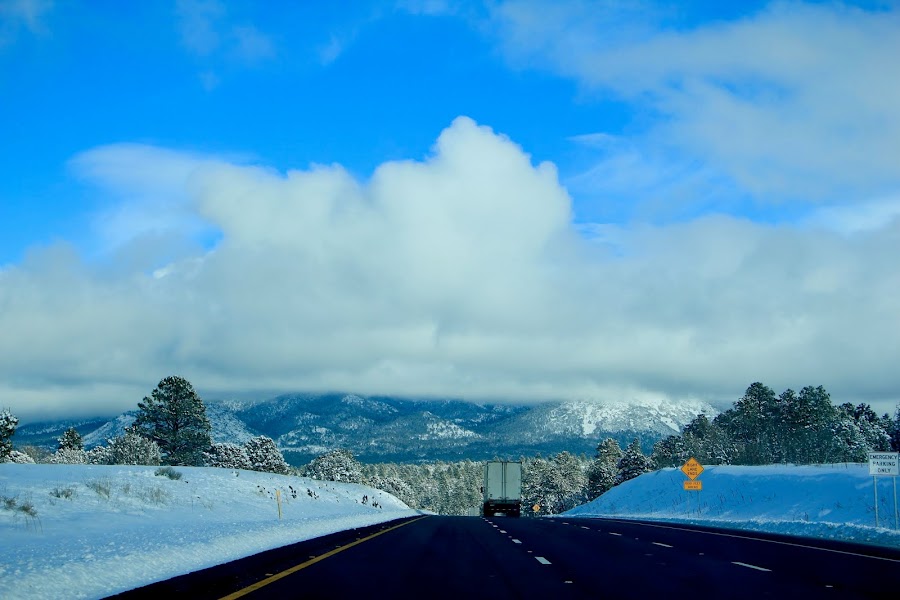 As we were driving along this big, open interstate we could see dark clouds ahead of us.
What would those clouds dump on us?
And, alas, of course they would dump SNOW!
Snow and fairly bad visibility. 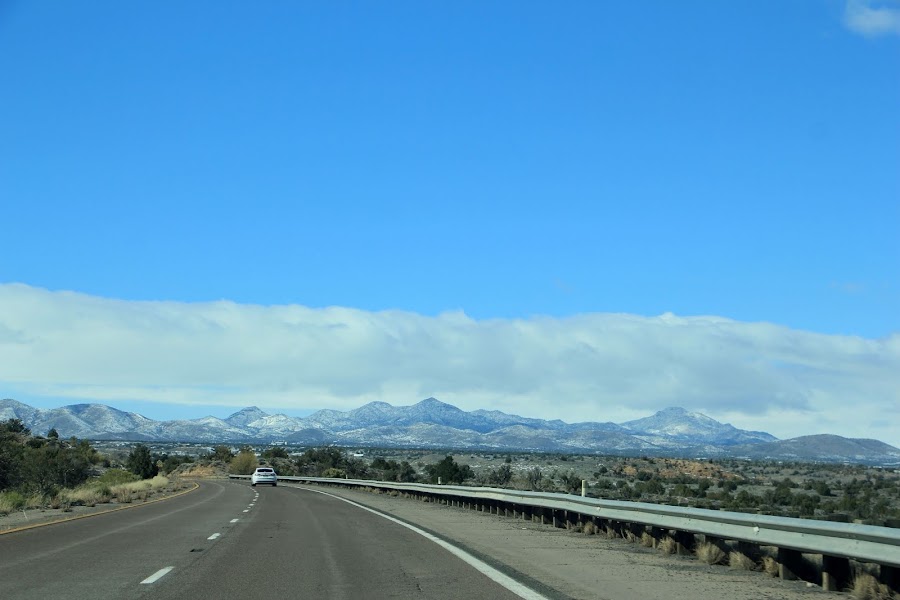 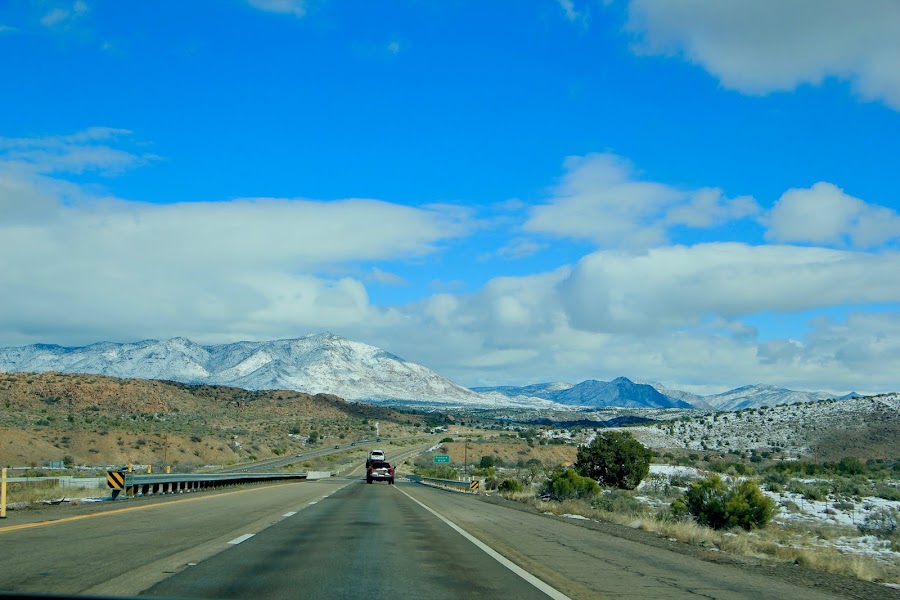 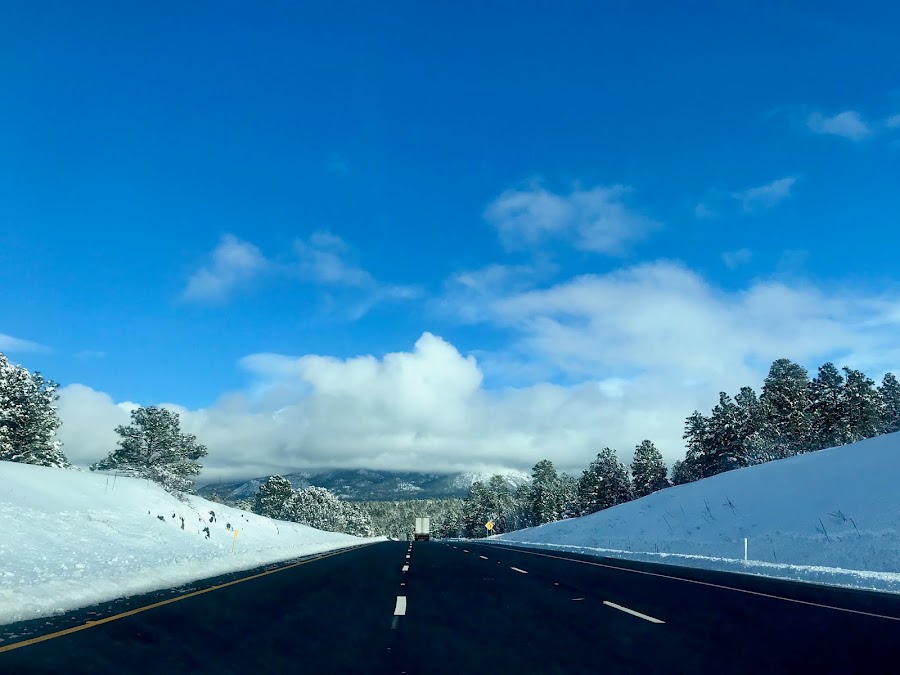 Yes, more snow showers ahead.  But, what a darn great drive it is. 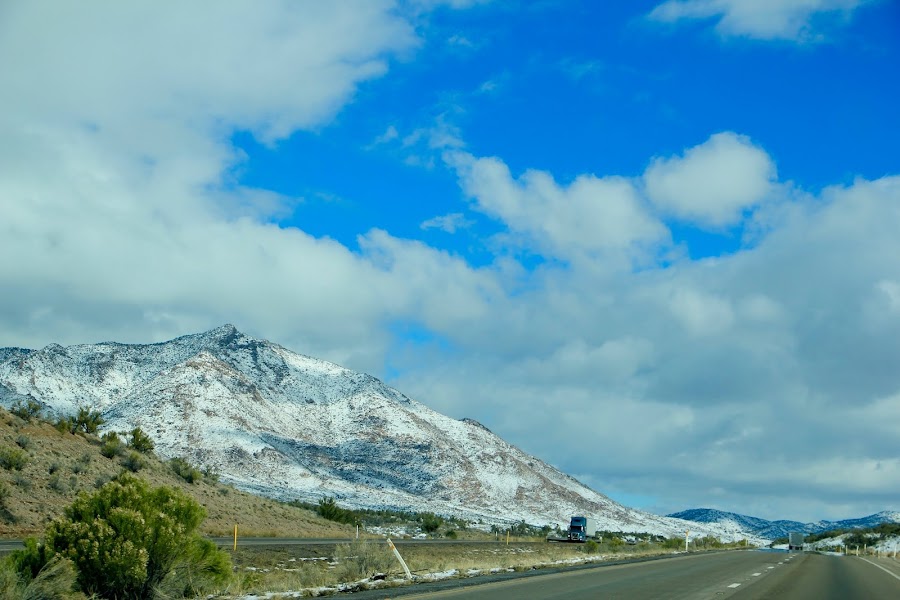 I just cannot get enough of this! 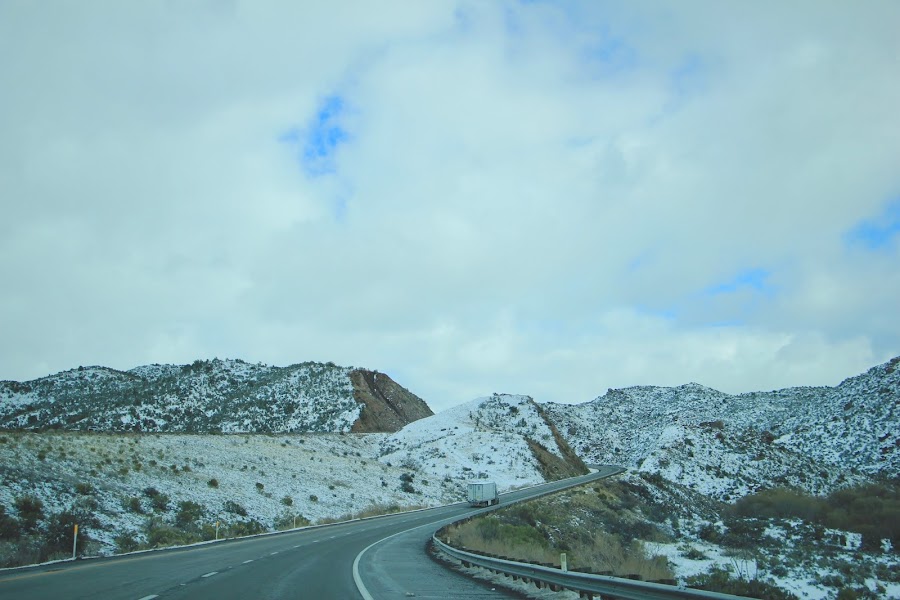 Yet again it was surprising to me how nature changed, from the deserts and its cacti to forests containing pine and fir trees.
Several times during this trip the nature reminded me of more Nordic forests. 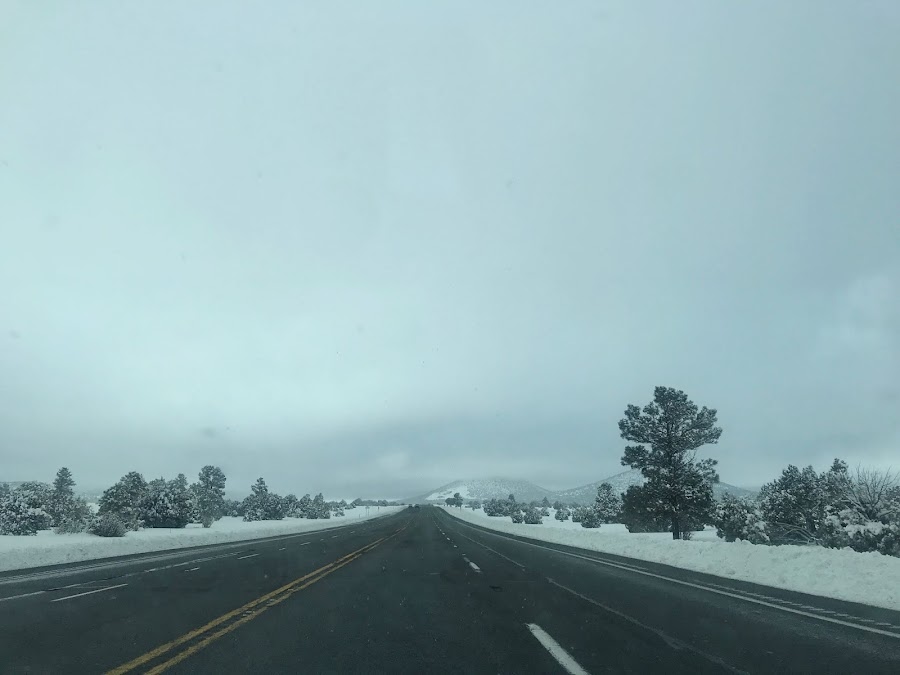 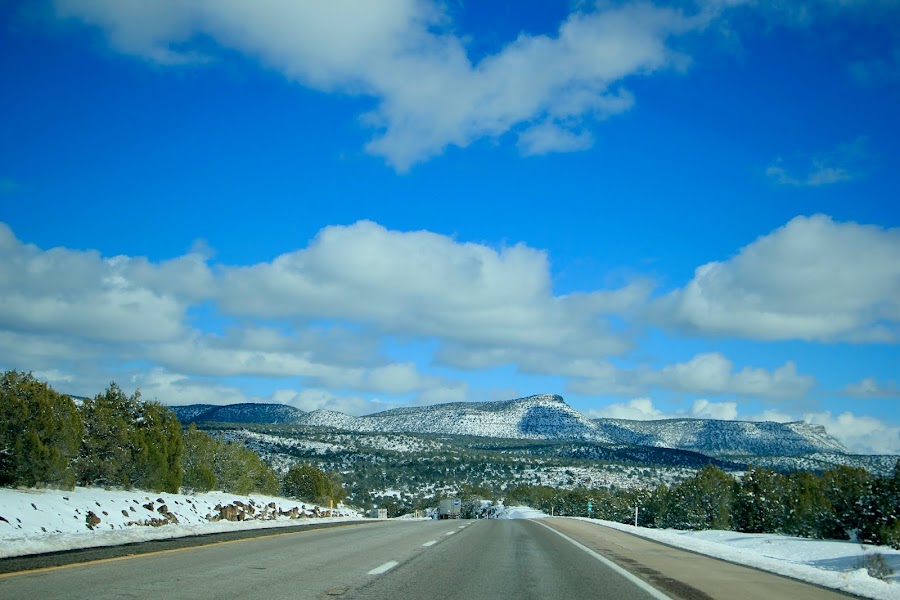 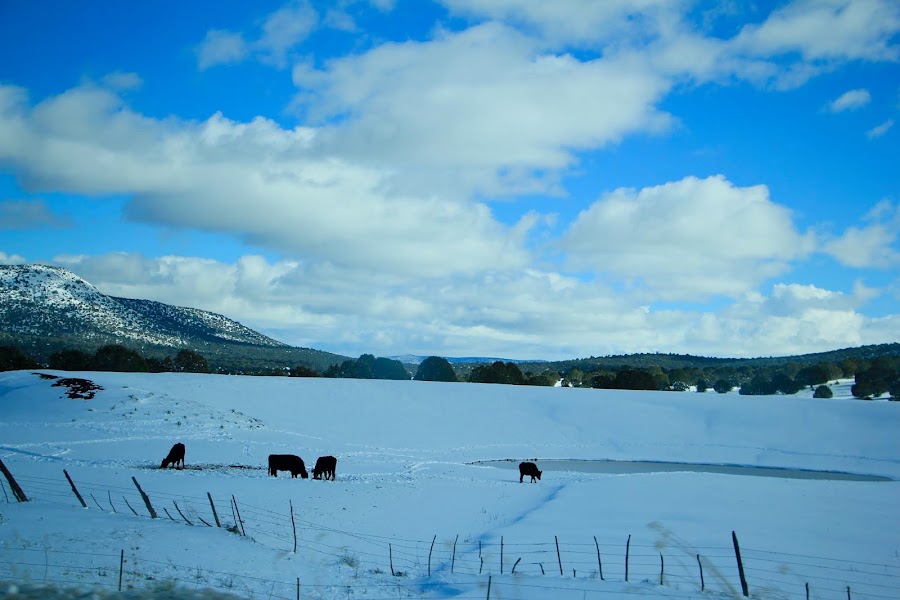 The state of Arizona does a good job in clearing their major roads of snow,  I really have to say that. But, on the smaller roads it was quite icy and snow covered.
It was never a problem for us, but we did drive on super wintry roads. 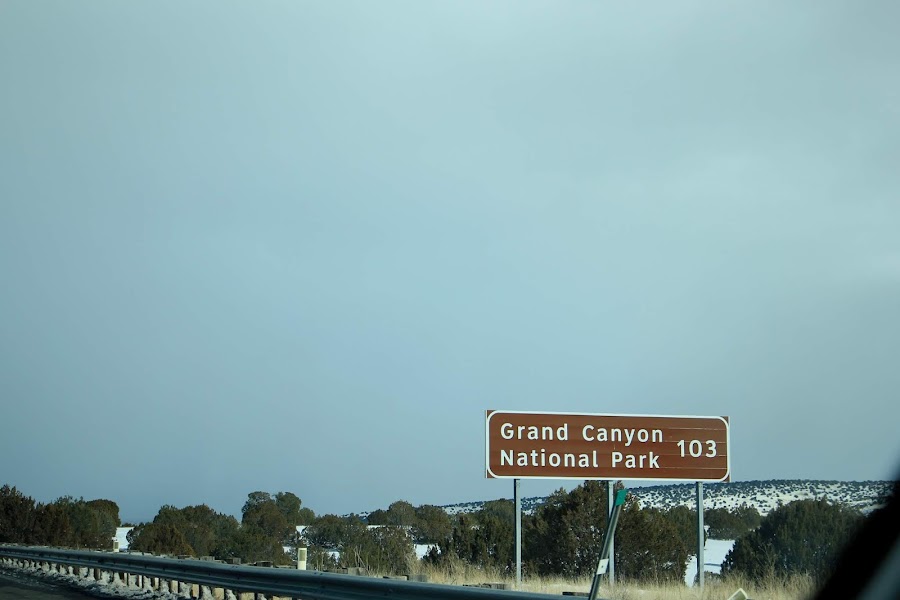 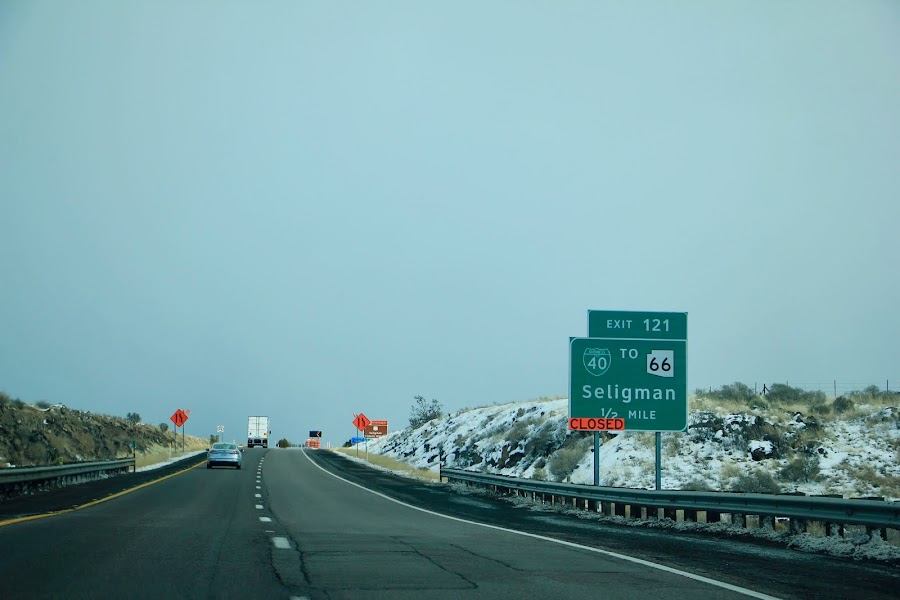 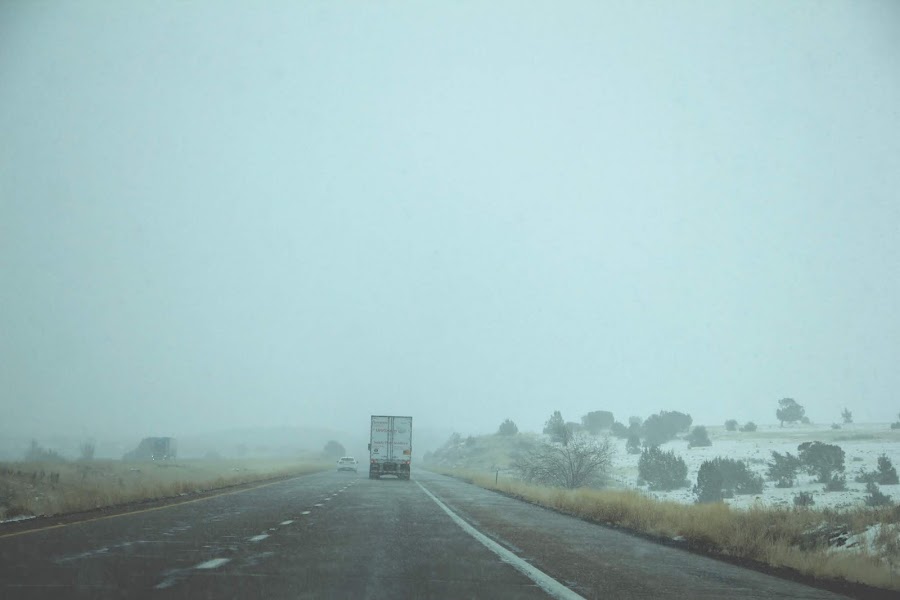 When we arrived in Grand Canyon Village it was just like arriving at a ski-resort. It was bitterly COLD, snowy, frosty and icy. The sun was setting and it was beautiful as can be.
A true frozen winter wonderland.
And, oh boy, was it slippery.
We checked into our hotel, headed out for a steak dinner in the village.
The Village is cute, and fairly small. It consists of hotels, a few restaurants, an information center, a gas station and a few stores. It isn’t big, and that is nice in my opinion. 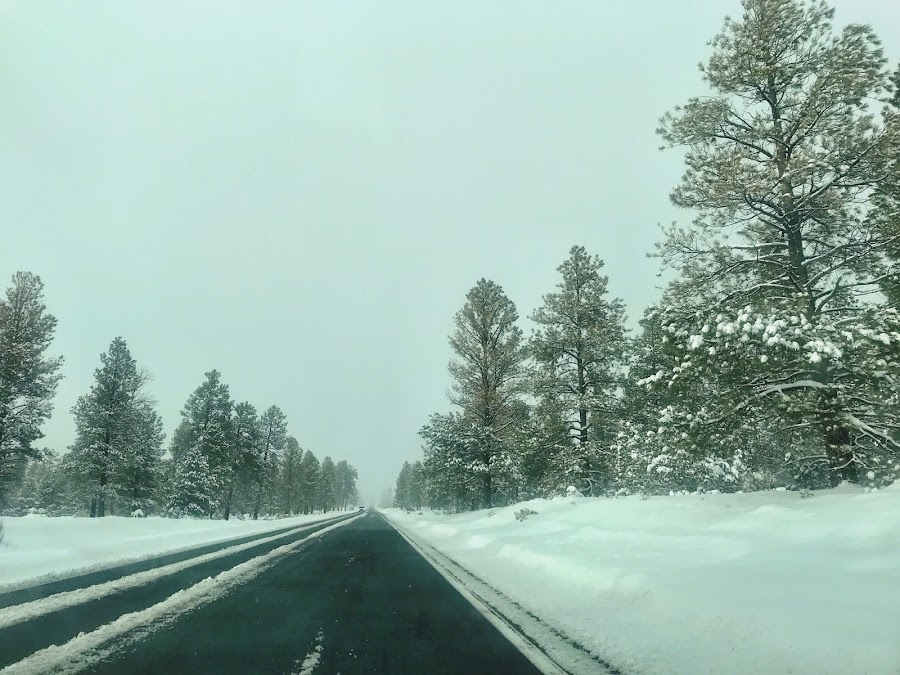 Here we are on the road leading to Grand Canyon and Grand Canyon Village.  The trees look familiar and nordic to me ... 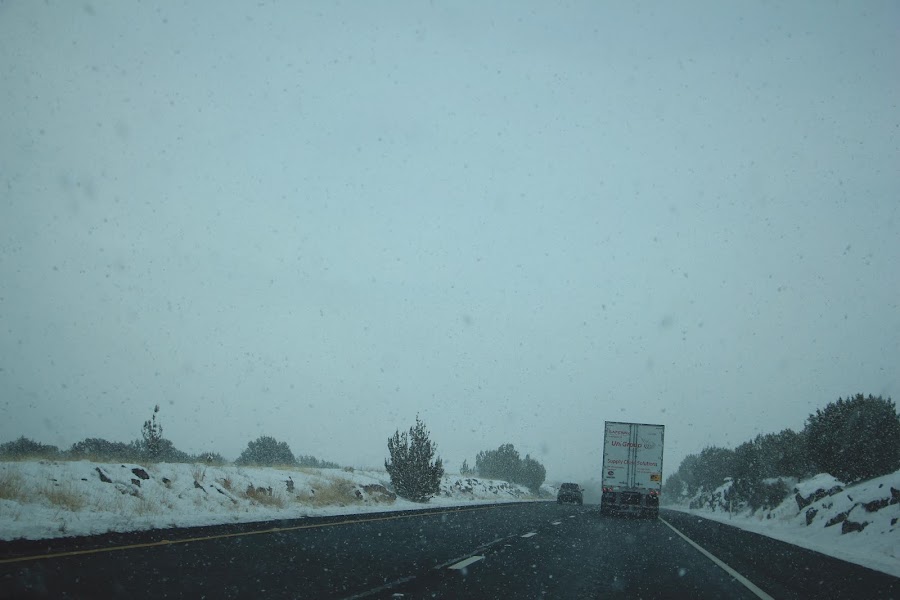 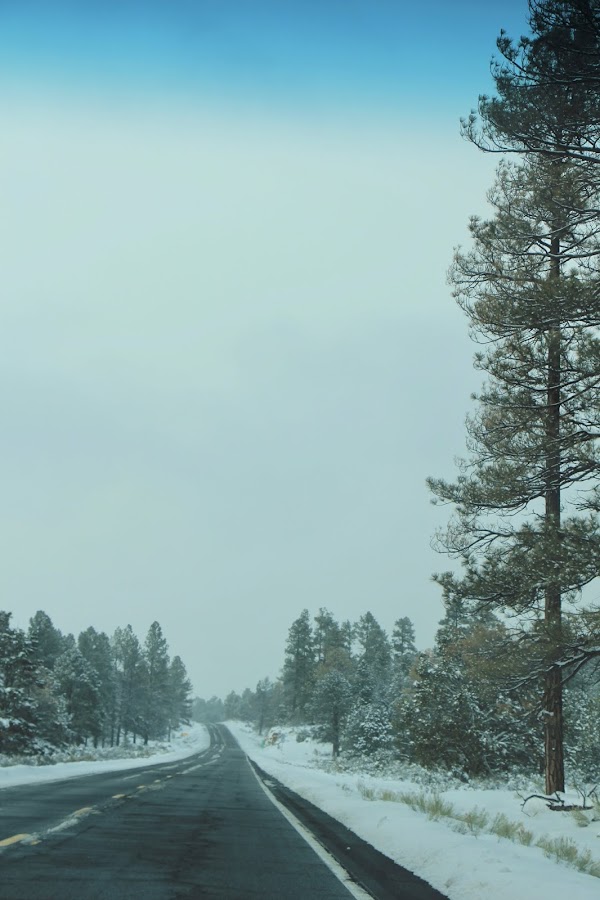 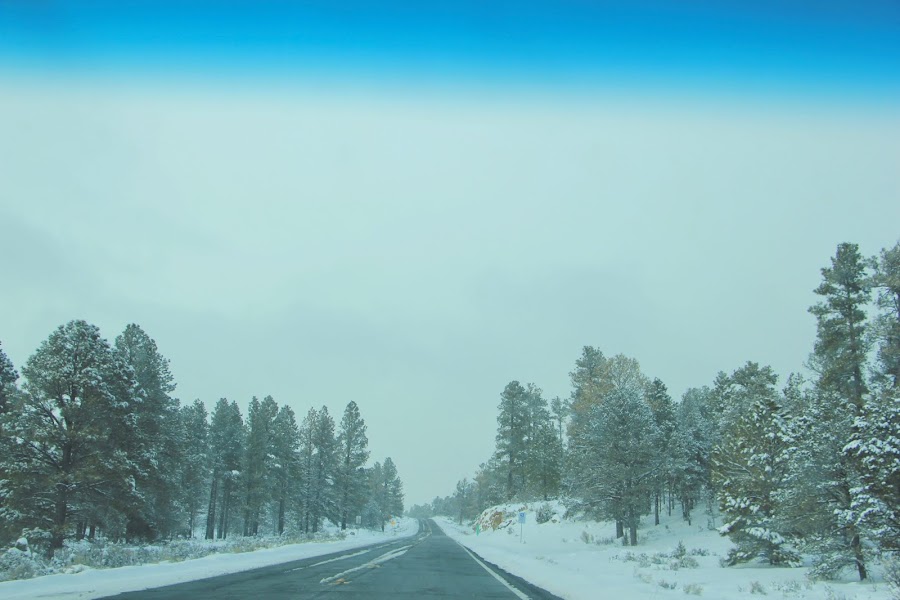 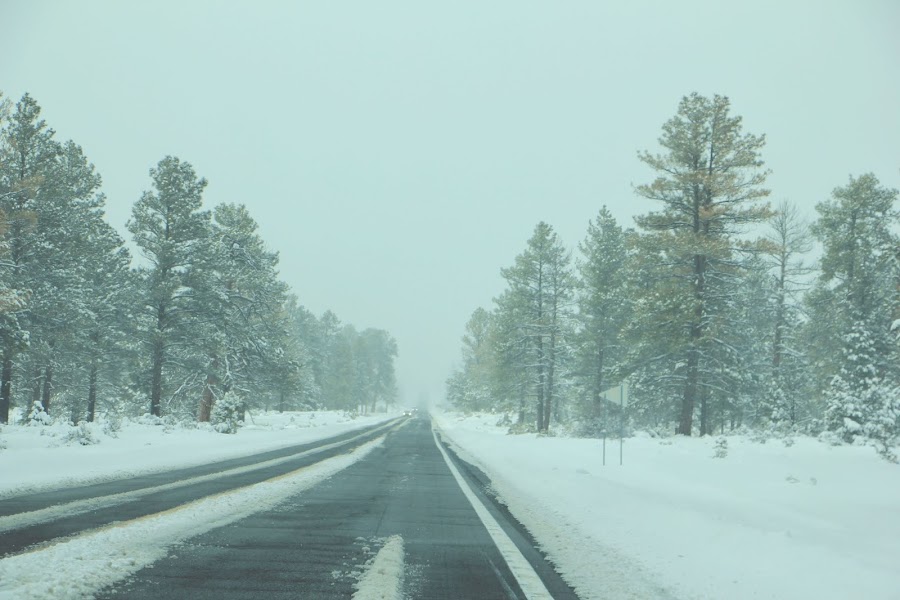 But, it was cold, it was SO DARN cold. The coldest weather we have had (SO FAR, it was about to turn even colder) during the entire trip. I think it was around 7 F as we went to dinner (-14C). 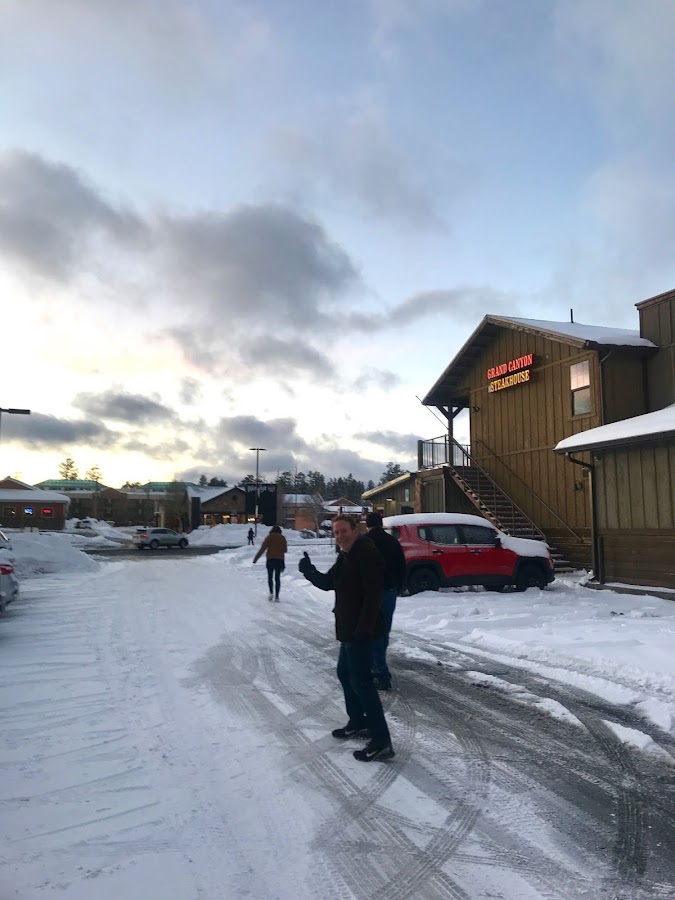 The next morning was the day … The day for The Grand Canyon …
But more about that in tomorrow’s post.

A very beautiful and majestic trip to the Canyon the direction we went! What an awesome surprise! Wondrous in the snow!

Keith:
It was so AWESOME and great.
I just want to go back.
In hindsight I am so happy that we got snow.