To have Sveriges Radio in da house (again!).

Did you all have a nice weekend?
My weekend was good, and somewhat unusual.
Well, it was indeed unusual, because it is not every day you have visitors from Swedish National Radio (Sveriges Radio) over for interviews, dinner and drinks. 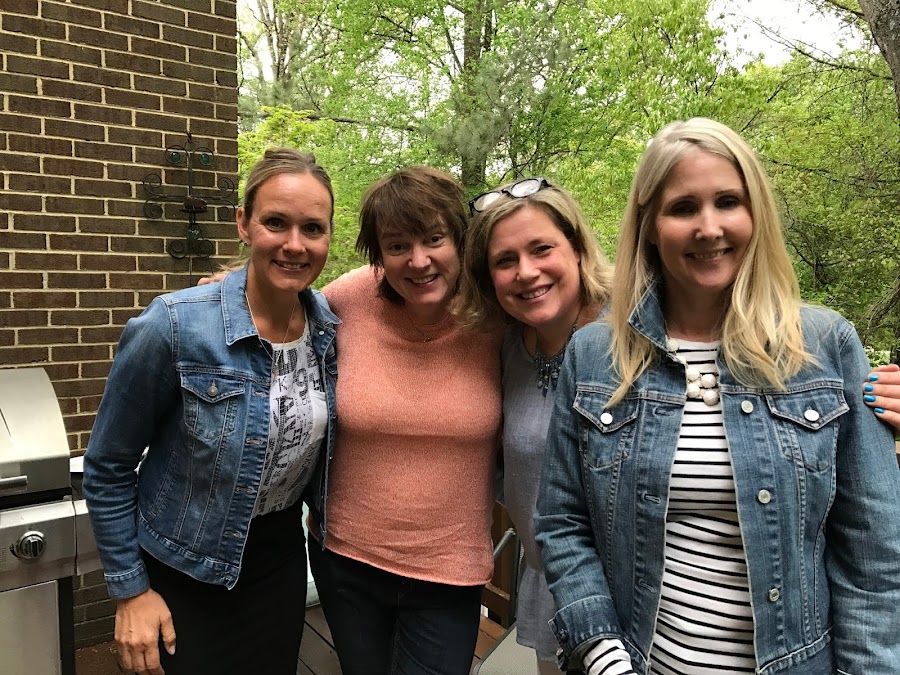 Anna, Lotta, myself and Susanna. 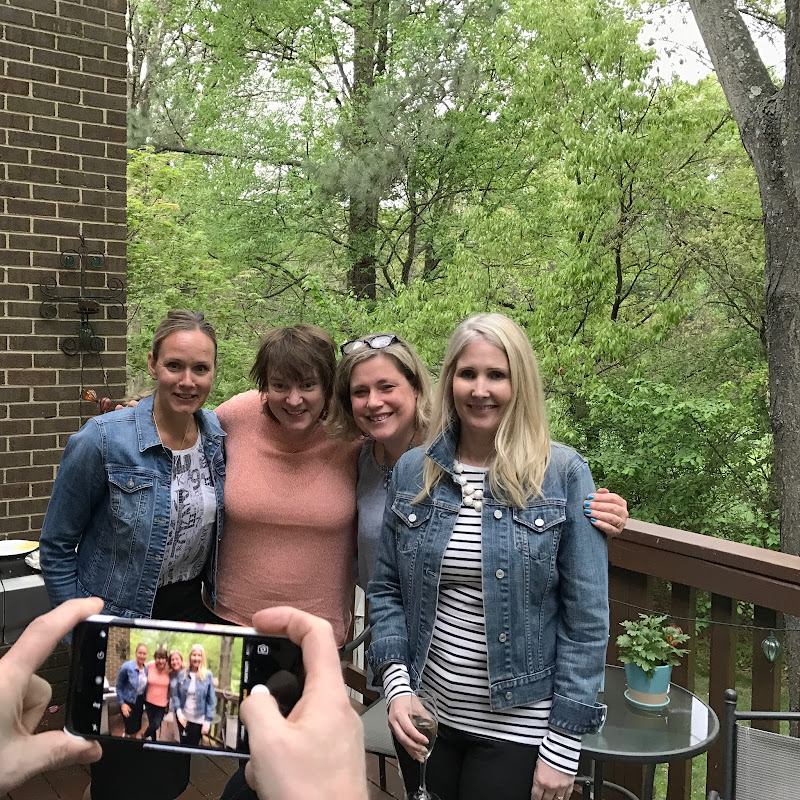 Yes, on Sunday Lotta Brome and producer Martin came back to my humble adobe in Reston to interview Susanna, Anna and myself for the radio show P4 Extra.
It was so much fun having these nice people back in my house again. We did have such a nice dinner and loads of chatting.
Well, we had the interview too, of course. It remains to be seen how that one will turn out, haha!!
I’ll post a link here as soon as it has aired. I will also tell you all when it will air before it airs. 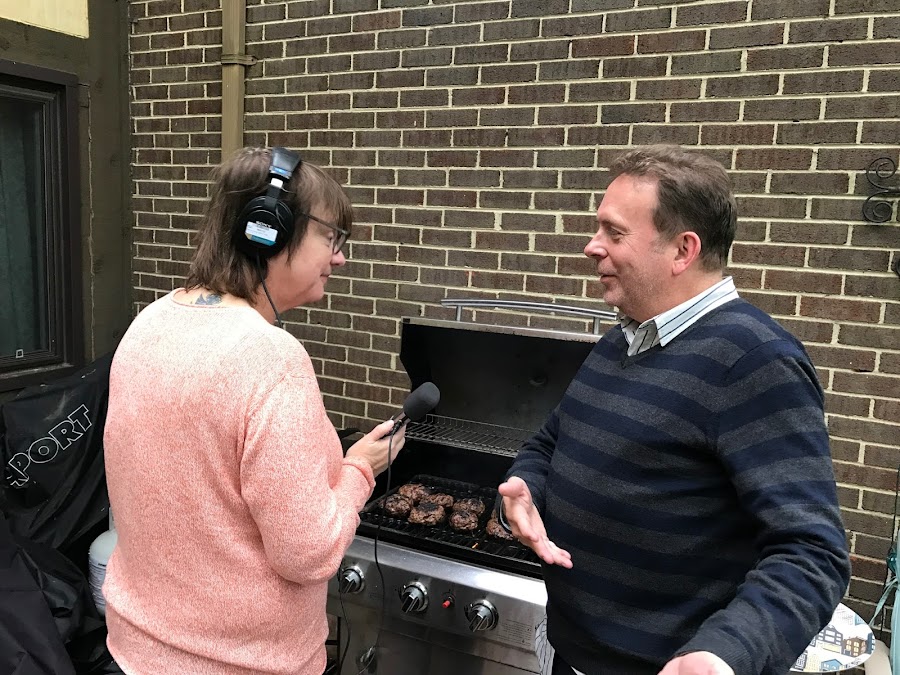 Peter, the grillmaster, will end up in the interview as well!  Lotta in action!
Lotta and Martin start to feel like old friends of ours now, wonderful.
Now they are in southern Virginia for more interviews with interesting people both Swedes and Americans.
The reason SR (Swedish National Radio) are here again is because of Trump’s first 100 days as president. So, that is what we’ll talk about in the interview, amongst other things.
You all know that Trump has the lowest approval ratings that any president has had in modern history. Surprised? Anybody? No, I did not think so.
The interview will be aired this upcoming Saturday! 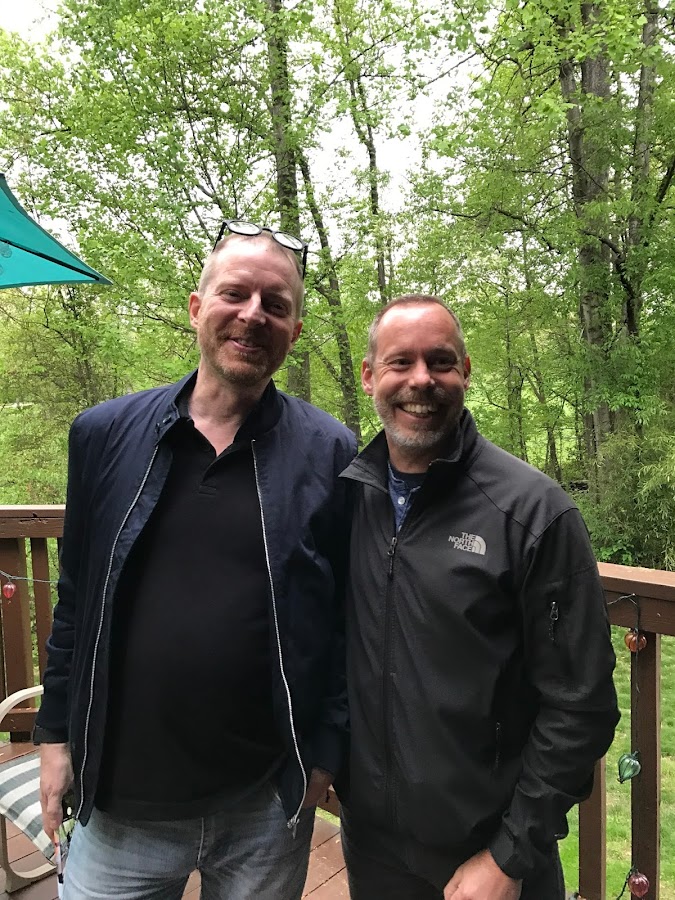 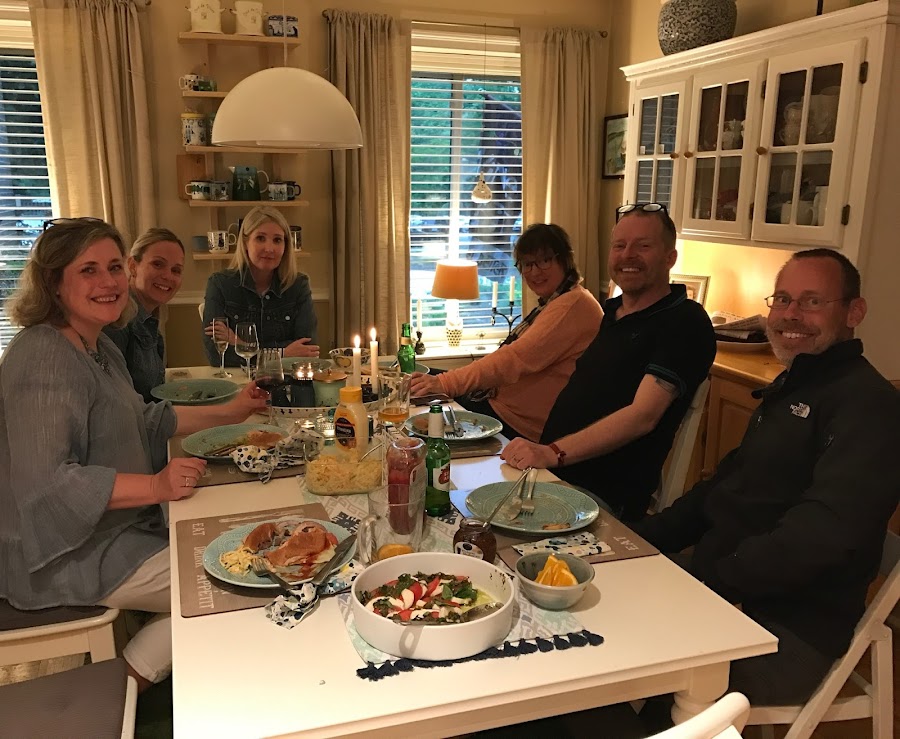 Saturday was a wash out!
It rained, pretty much, all day long. Peter and I had decided to take a long walk. We sort of did anyway. 6 miles all in all, and that equals about 9,6 kilometers.
We walked on wooden, and paved paths, here in Reston. We had a stop at Starbucks for breakfast, and then we walked again. Oh, we had to stop at a drug store also to buy some rain ponchos.
A good walk regardless of the weather.
The rest of the day was spent at home.  Very nice and cozy. 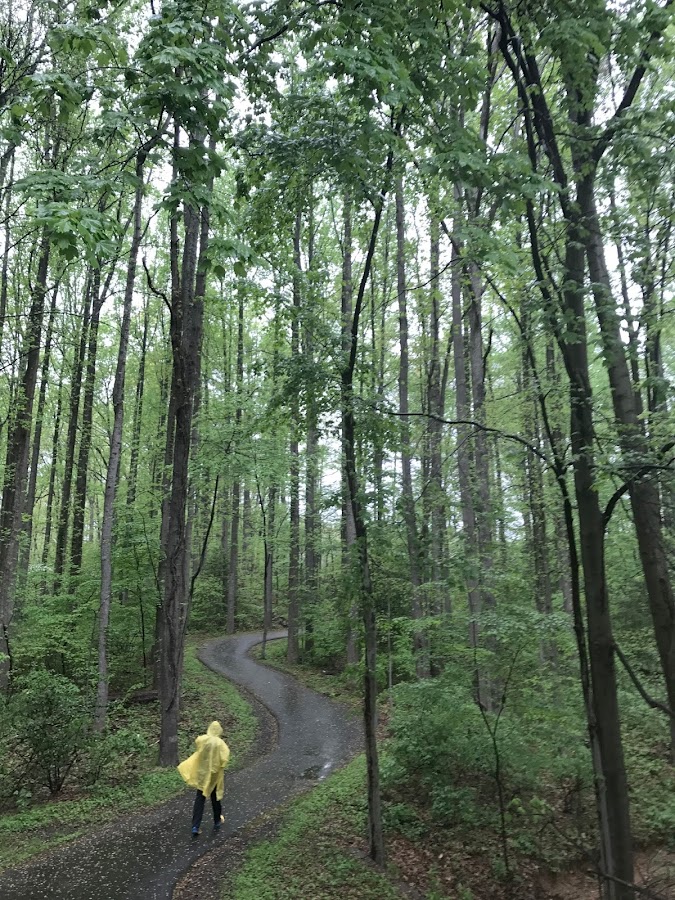 Peter in the rain on Saturday.
I hope your day is good!
Posted by Annika at Tuesday, April 25, 2017

Cool being on the radio again! Yeah, what can you say about Trump's first 100 days? ... We sure have gotten a lot of rain lately! Makes everything grow!

Keith:
It was fun.
AND scary.
Yes, what to say about the dudes first 100 days?
GAAAHH!!
Rain galore lately. I'm going out in a sec.