This Week: Snow? or Something?

When I was a kid growing up in Stockholm it felt like we almost always had snow in the winter time...
I know that we did not ALWAYS have the white stuff on the ground, but we did have good chunks of snow in long periods every winter, if not all of it.
We went to school dressed in jeans and down jackets (some kids even wore snow pants to school), and at recess we played in the snow until we got soaking wet.
I remember so many lessons when we all stripped out of our jeans and hung them on the radiators in the class room to dry. There we were, 18 kids in stockings and long johns. This happened to be during the period when the famous Swedish clothing chain “Polarn and Pyret” started their (still going) trend on striped long johns. 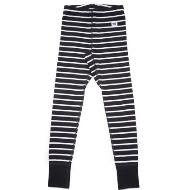 And all of us wore them, boys and girls. So there we were, in long johns, heavy socks and with 18 pair of jeans along the radiators. What a sight and what a look!

And, as soon as we got home in the afternoons we took our sleds or skates and headed for the hills or the ice. We could stay outside for hours. Behind our house we had a steep hill where we loved to go sledding. And, in the nearby park we had several ice rinks to pick from.
Nice memories, really…Most winters, Lake Mälaren (the third biggest lake in Sweden, and within close walking distance to our house in Bromma) froze over and we ice skated on that lake as well. That is actually a big past time in Sweden to go out on the big lakes, and even in the archipelago, and ice skate; you have a certain kind of skate designed for being used on icy lakes and sea’s (långfärdskridskor).

I believe we had P.E three times a week growing up, and during the winter months we were always outside during those lessons. We did LOADS of ice skating, hockey( I HATED it) and sometimes I think we even got a lesson in figure skating, but that most only have been once or twice. Sometimes we had to bring our cross-country skis’ to school and go skiing during P.E, that was kind of interesting, and I don’t think I liked that very much myself, personally. Not my coup of tea, to be exact.

Now Stockholm is as damp and gray as Washington. I compare the temp’s everyday and I can see that we have very compatible temperatures (maybe it’s only a tad bit colder back in Stockholm); the only difference is that in Stockholm it is a LOT darker than here. So, really this winter there has been no snow in Stockholm except maybe a day here, and a day there.
Welcome Global Warming!
Snow is beautiful, it brightens everything, and it makes it easier to cope with the dark.

Here in DC it is not as common with snow, but usually we get one to three storms a year. I hope we will get a few this year as well. BUT, PLEASE!!! Not next Tuesday when it is time for us to fly down to sunny Florida for a week. NO thanks!! No snow then, please, please…BUT any other day the snow will be so welcomed by me. Well, maybe NOT the day we’ll return either. When we got back from Florida two years ago Washington was pounded by a snow storm and it was NO pick-nick landing in that storm. You might say that it was a little turbulent, to say the least. SO, no snow on Tuesday, and NO snow on the following Monday. Can I order that?

Oh, and I wouldn’t mind having Karolina home from school due to snow a couple of days this winter either.

All right, I am out of here…
Gotta take a walk, a Nordic Walk with my poles that is….Yes, I am still as hooked as can be on it! Love it; it is SUCH a hard work-out!

AND, who's looking forward to the start of American Idol tonight? I do!!! But I can't say that I am too keen to watch all those dreadful auditions. Other than that I welcome the show back to the wasteland of TV!

Have a very good Tuesday out day!
Posted by Annika at Tuesday, January 15, 2008

The way the winter is going we might not have much snow at all. I'll keep my fingers crossed that we have a little, but none next Tuesday or the following Monday! Nice skates for use on the lakes!...Yes, Idol is back. Let's hope it's a good season.


Keith:
It is coming down hard over Reston now, the snow it is...Cool.
Can hardly believe it...But it might stop at any moment, of course. Looks cool though...
Yes, lets see if Idol delivers tonight!!

I remember that we used to "pulsa" (what is the word for that in English!?) through the snow to school (and does this sound like my grandmother telling a story...) and had to dry our clothes... But now I really wonder... were our winters as snowy as I remember... or do I only remember the snow... and not the gray and just rainy days... ;-)

Jacal:
PULSA is right. We sure´did...But you are right. I do remember the wet and grey and snow-free days as well. Just seems like it was less of the "snow-free" while we were growing up...