Good morning to you all this very first Tuesday in March!


A Super Tuesday, none the less.
Peter is on his way to the voting polls to cast his vote for the democratic candidate.
We are both so sorry that Mayor Pete has dropped out. We both really liked him. But, he’s young, he’ll be back.
I have no idea really who Peter will be voting for. Not as I write this. He was not even sure himself ...

I am not a fan of either of the candidates left.
Well, I do like Amy (AND for that matter, now, Amy has dropped out, too) and Elizabeth, but they stand NO chance in being elected.
Really, I wonder if we will  ever see a female president in our life times?
We’ll see …
It’s a man’s world. And, I get so tired …
I mean, to hear (some men) stating THIS about the above mentioned VERY qualified, confident and fantastic female candidates—I just can’t stand HER voice.
What kind of rotten statement is that? YOU cannot stand HER VOICE!???!!! Have you ever heard anybody say that about a man??
YOU might like what she’s standing for. BUT, you CANNOT STAND HER VOICE???
I cannot EVEN, people …
Tonight, I think we’ll have a clearer idea on who will indeed be the candidate. Nothing is set in stone, of course, but I think we will have a good picture.
My guess? Bernie.
But, again, we’ll see ..


Here in the DC-area we have had a cold weekend.
Saturday was downright gruesome. It was so cold and windy.
Peter and I took the metro to DC in the early morning. IT was so biting cold in the city that it was painful.
WE were freezing.
I’ll tell you about the purpose of our DC trip in tomorrow’s post.

I took a few pics anyway as we strolled by a few of the monuments and buildings on our way to lunch after we were done with our outing. 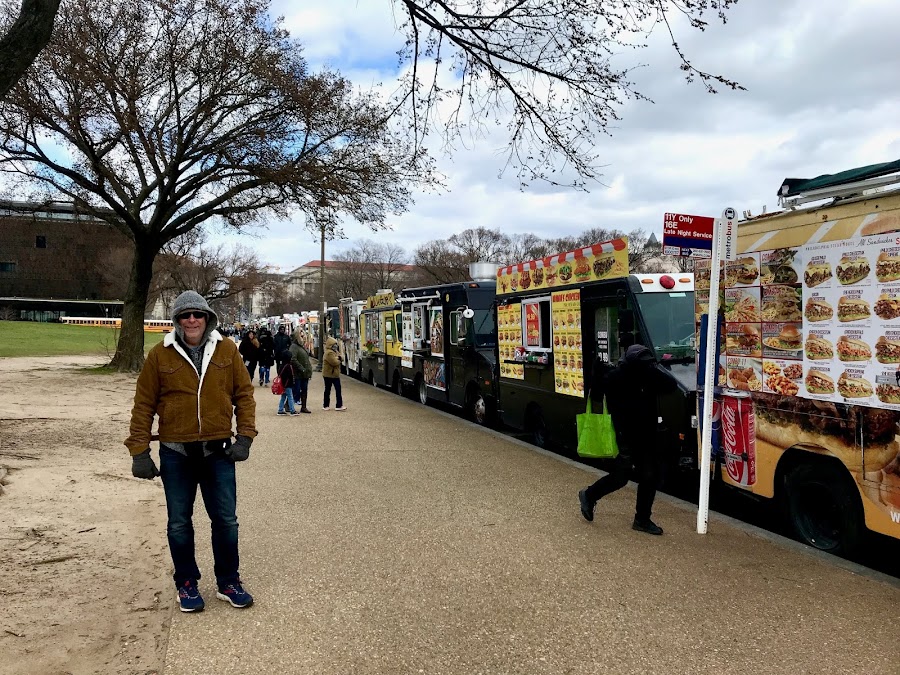 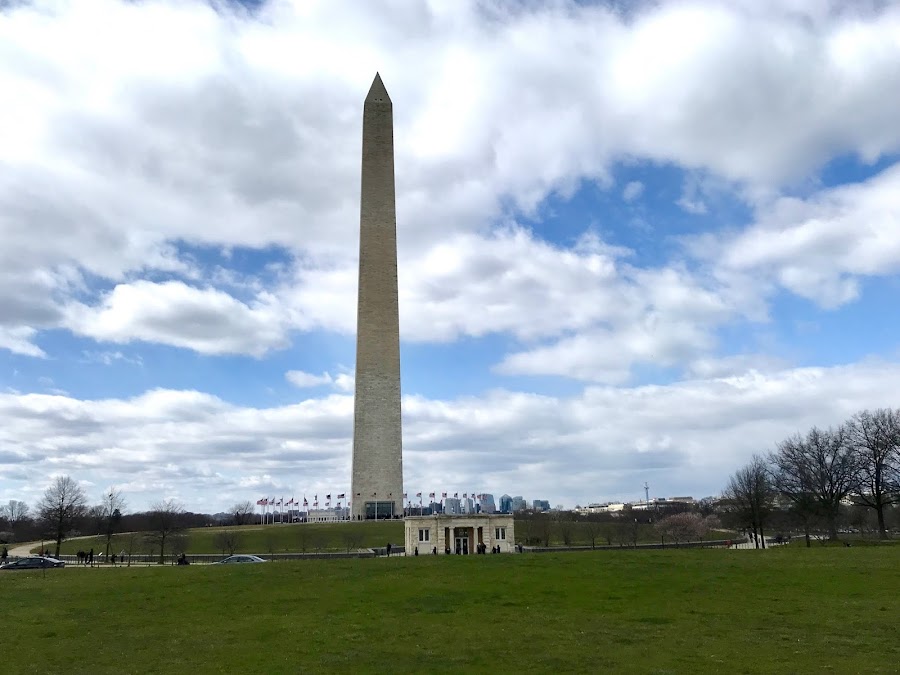 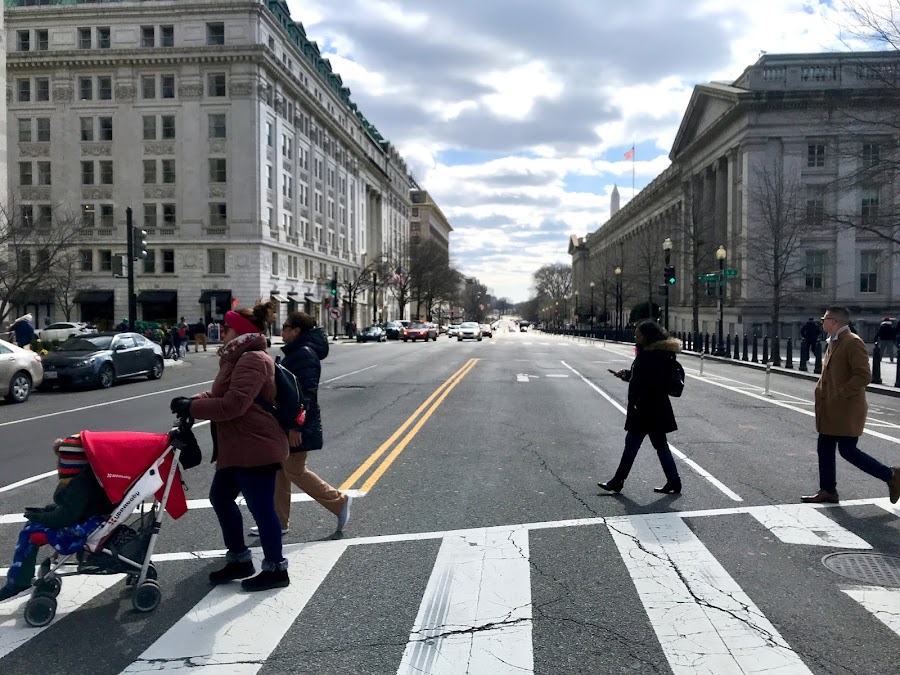 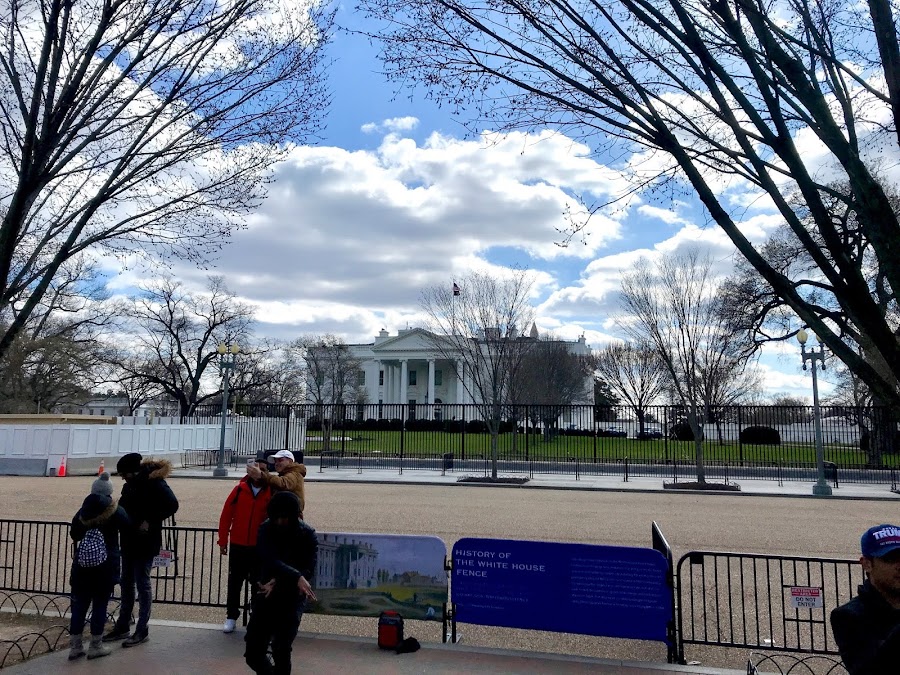 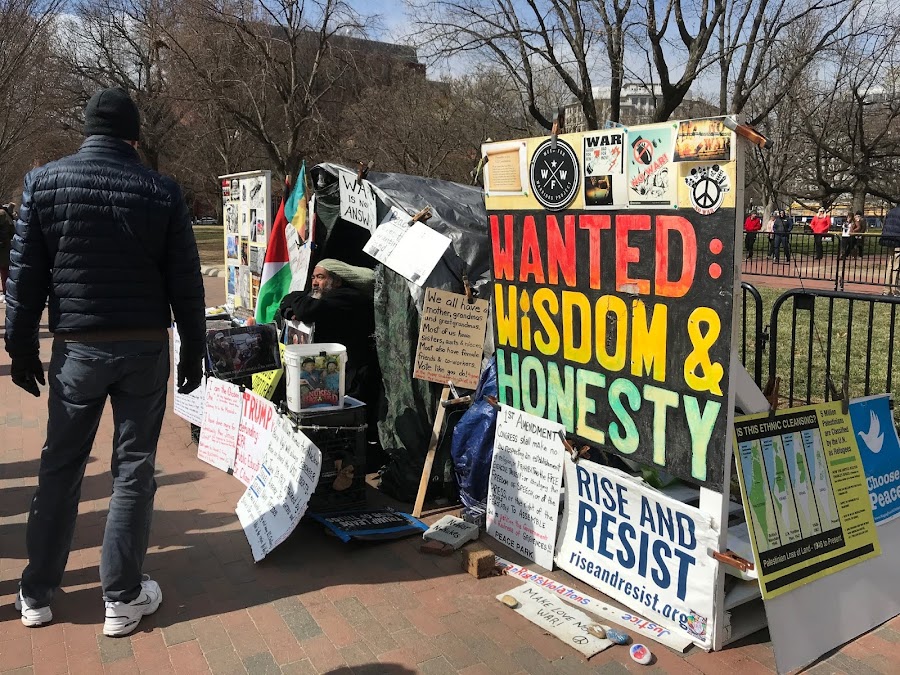 There are always protestors outside the White House.  Always. 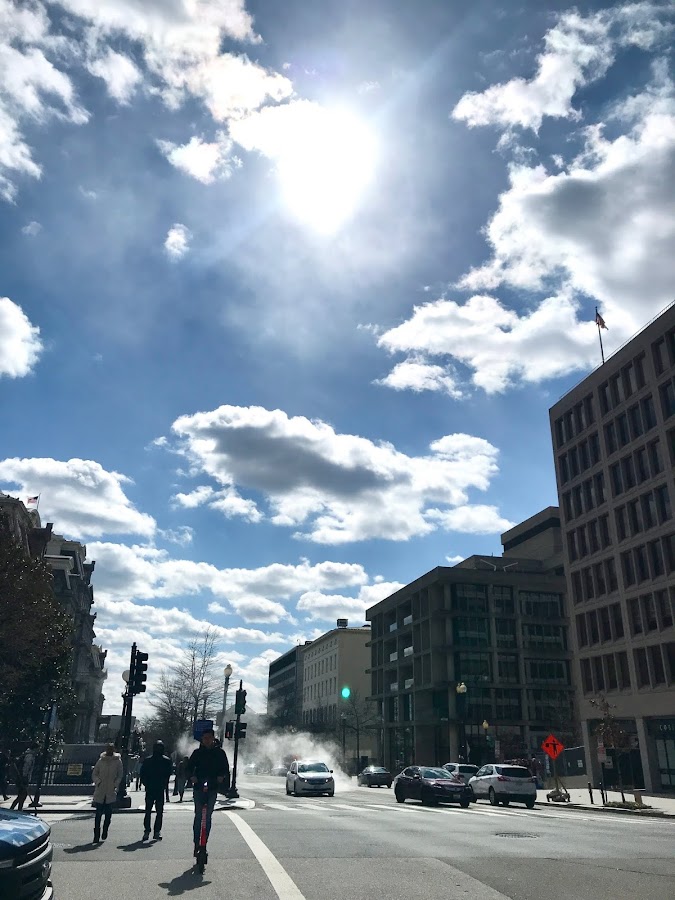 But, after this little cold snap we are now welcoming a DAMN right MILD week.
How does 63 F (17C) sound?
NO!! It is not great. I hate when spring comes too early. Spring is the loveliest and prettiest of seasons of all with its dreamy blooming trees and flowers. I DO NOT WANT THAT SEASON TO START IN EARLY MARCH!
But, it seems to be that way this year …
What can one do about it? NOTHING!
It has been the strangest of winters, so of course it’ll be an early spring. 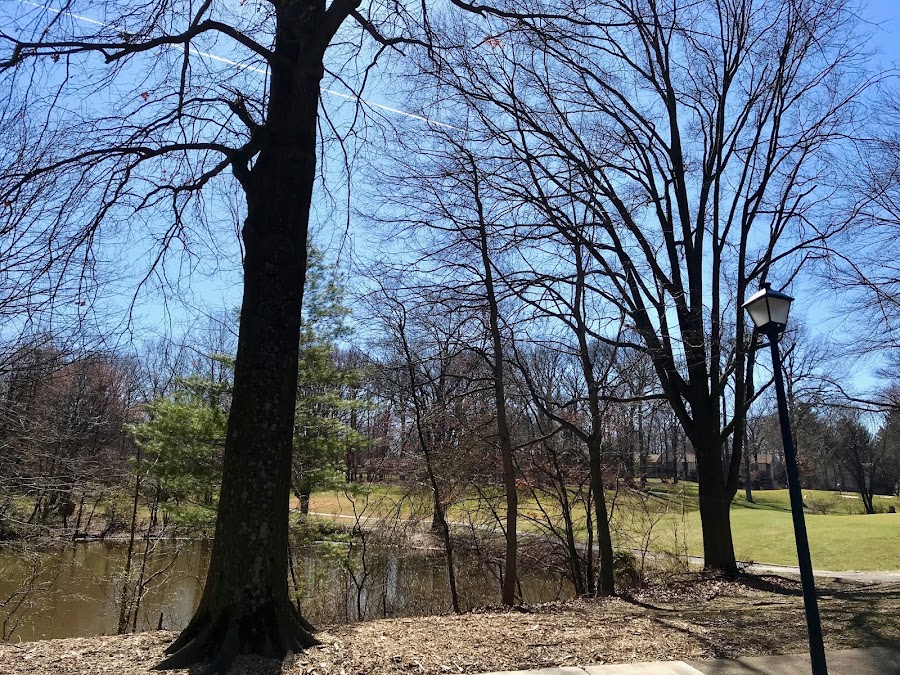 Out and about on Sunday.  Still a bit nippy, but not as bad as Saturday was. 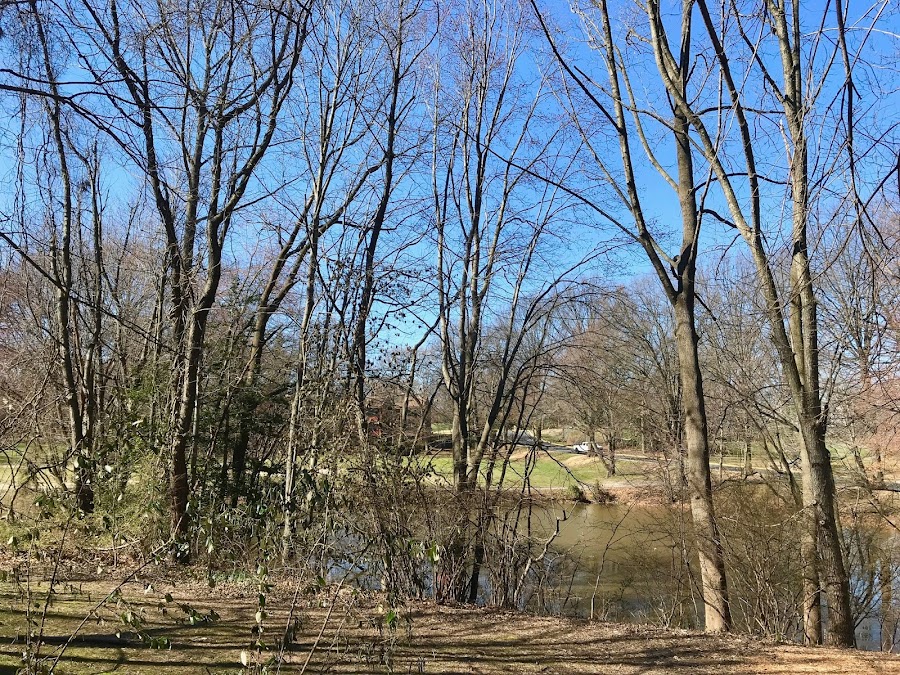 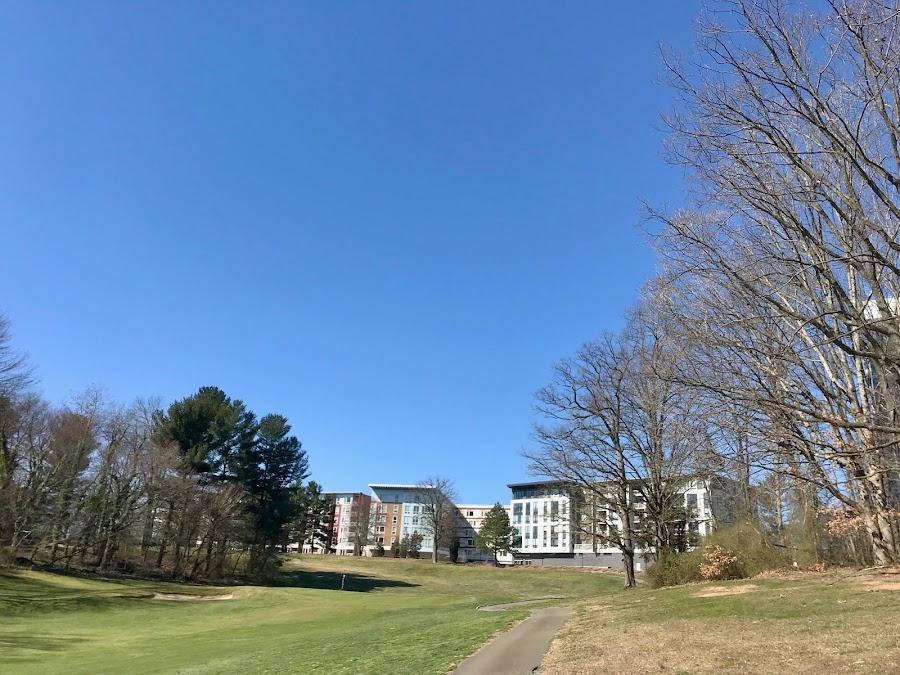 We had lunch at a place located in this apartment building on the other side of "our" golf course. 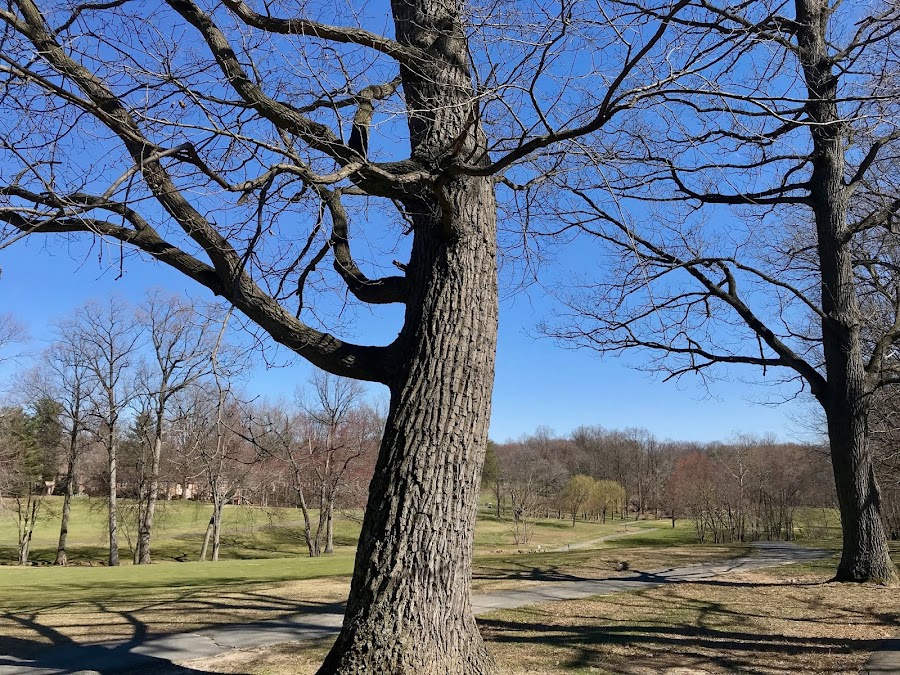 Here are some pics that I shot during my walk yesterday … 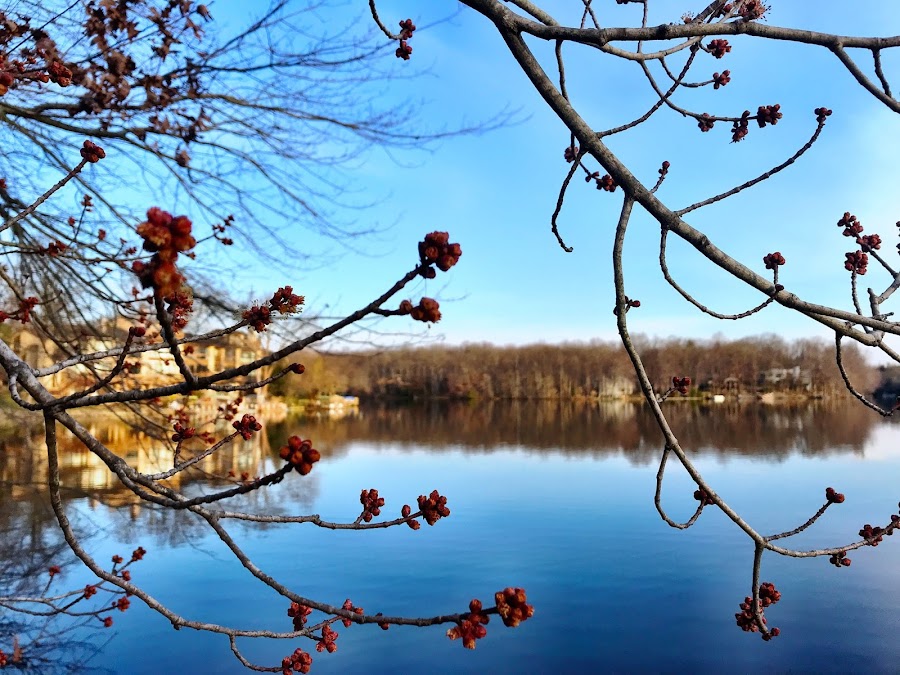 Monday morning,  beautiful and so blue. 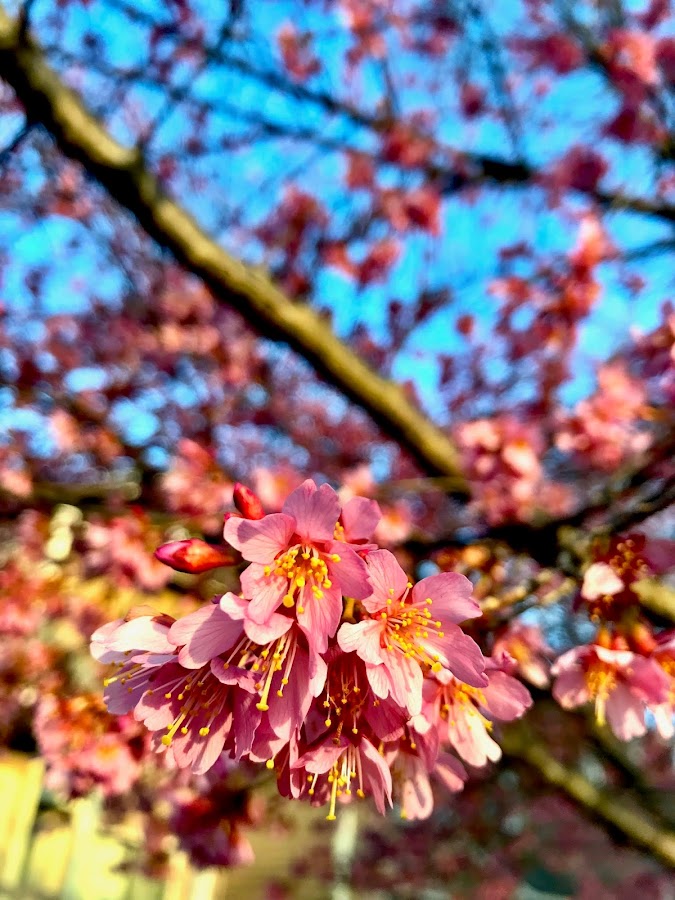 And, take a look at this early prunus!  Pretty as a princess. 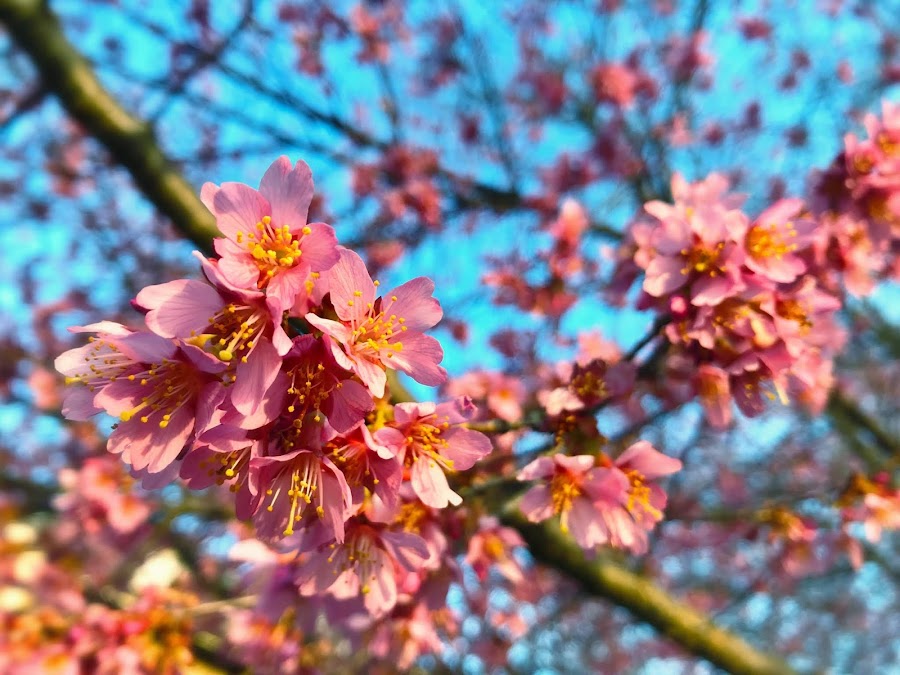 You guys, have a good Super Tuesday!
Posted by Annika at Tuesday, March 03, 2020

Nobody and no one was there when I voting. Easy in and out. I hear you! Fairly sexist to call a woman qualified to be President yet demean her voice. That would never be said of a man! Also, I hear someone say the like a woman candidate but she always seems angry. Huh! I've seen male politicians and other government officials display all kinds of anger. Look at what occurred during the Kavanaugh hearings. I do hope to see a woman President in our lifetimes. Unfortunately, hard to see that happening when a woman is held to a different standard.
Lovely pictures from your DC outing.

Keith:
Peter said it was so easy casting the vote today. No lines, just a quick in and out.
TRUE Keith, women are held to much higher standards than men. A woman has to prove herself 10 times more than any man ever has.
It really sucks.
And, one of the male candidates left in the current running ALWAYS sounds angry. ALWAYS. He never smiles, and he yells more than he talks with his "normal" voice. Does he get overly criticized for that? NO. Of course not, he's a determined MAN after all.
No, how can one not be a feminist when you hear about crap like this over and over and over and over ... again, again and again.
Thanks Keith, love that you are a feminist too!!
GLAD it was easy voting for you, too!